Mass Effect: Paragon Lost takes place during the events of Mass Effect 2 and serve as the backstory for James Vega (who does not appear in the games until 3). While it is possible to understand what is going on in Paragon Lost without a knowledge of the games, having this knowledge is beneficial since you won’t have to grasp onto every bit of dialogue.

The story follows the information that James tell Commander Shepard during the third game. The biggest fault I found with the story was I had trouble figuring out when this was taking place. Perhaps I was just not paying as close attention as I should have, but for a while I thought that it was taking place after the 3<sup>rd</sup> game. That aside, I think the story moved along at a fairly good pace. It began with brief introductions of the characters, some action, and then some characterization.

It maintains a similar atmosphere as the games, though, the first scene with April is a bit more light-hearted and cute. The rest of the movie holds the same seriousness to decisions and upholds the fact that Commander Shepard is everyone’s idol. I also like how they created Treeya as James’ romantic interest, because it carried over the romantic progression also found in the games.

I think that it fit nicely with the games and rounds out games’ storyline without expanding too far from it. It is also interesting to watch, because it give you a new perspective of the Mass Effect world, otherwise only seen from Command Shepard.

The animation is deceit, but coming from playing the games it is hard to get used to. The games have such 3D, realistic graphics that seeing everything in flat anime colors makes connecting these characters with those in the games.

I had trouble telling my brain that this James 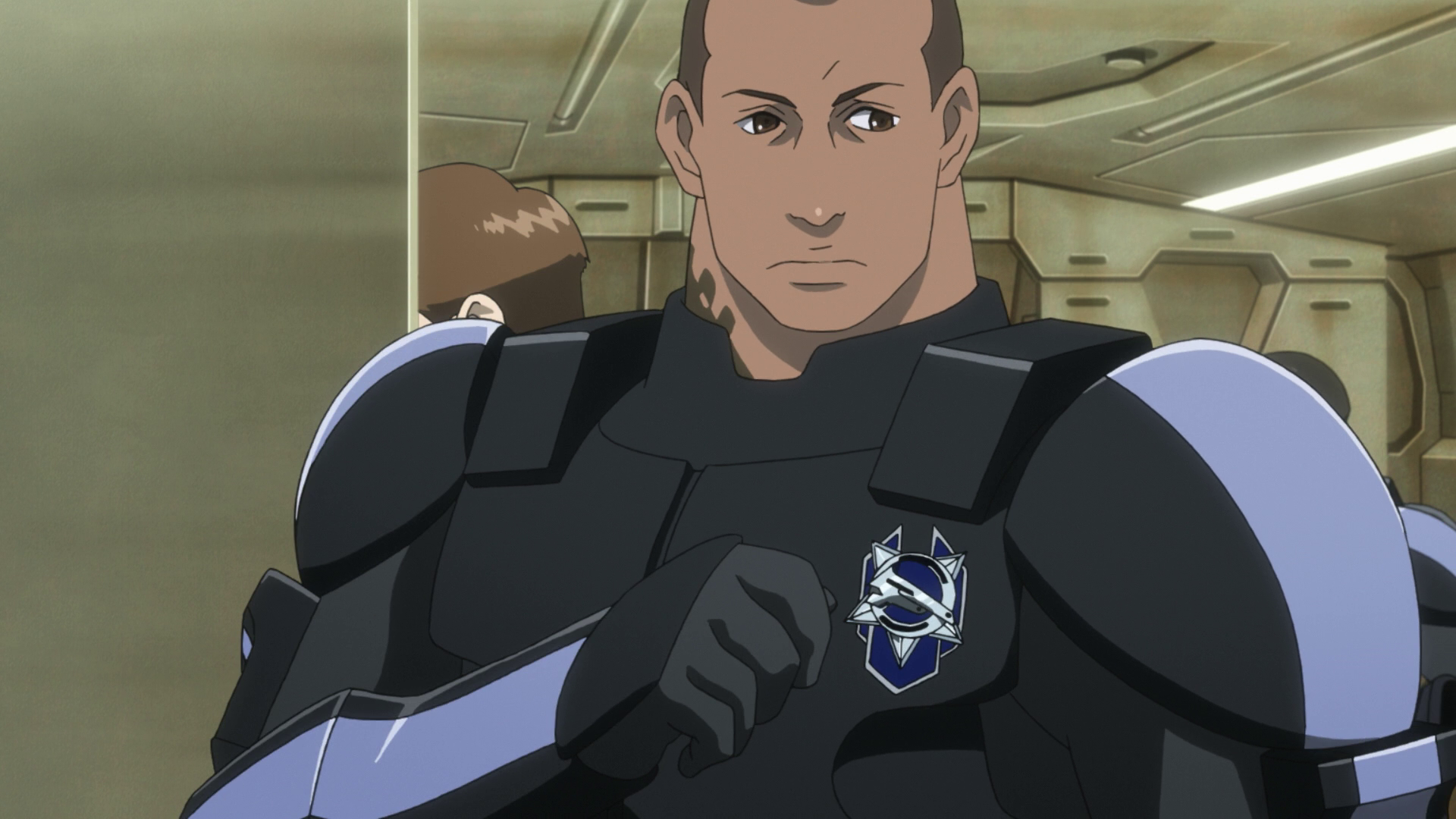 is still this James: 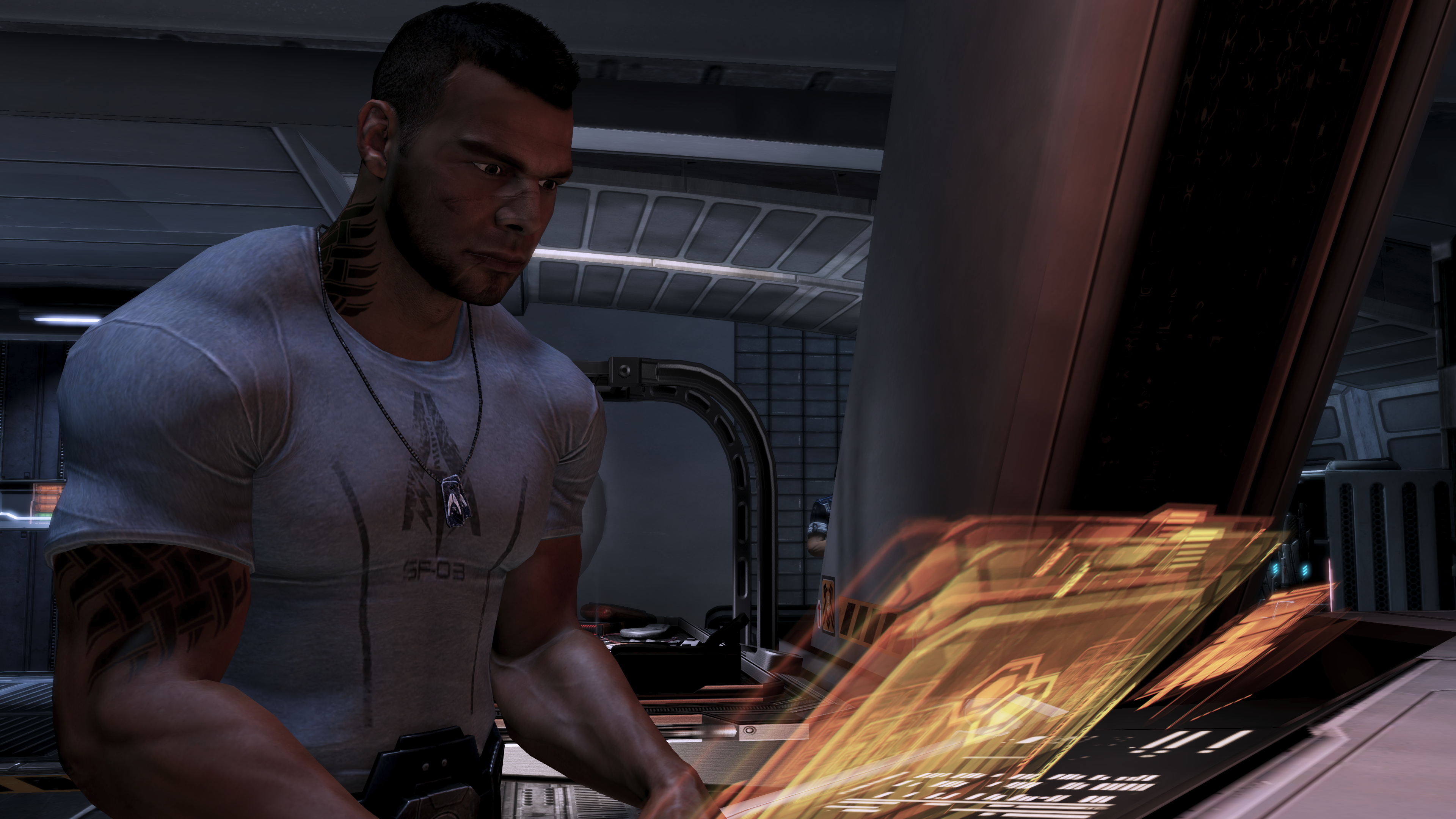 Besides the obvious realistic tone down, you can recognize all of the previously introduced characters and species.

What I thought was really nice was the use of the game music.

I watched the movie dubbed, which had the same voice for James and some really nice Funimation editions.

I think this movie is the perfect way to end the series if you've finished the games. Unlike some people, the third game's ending did not make me too upset, but for those of you who did get upset, this is a way to return to the not-as-extreme time period.