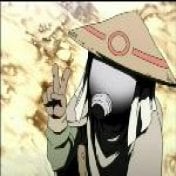 i dont mind it, it actualy is pretty good for me, im not that interested in football cuz it bores me, but if i have to tape it, i end up watching ^^

x_x ill need it... fking psychology... its not hard, but the dont teach us whats on the test.... so i have to bs alot of it (be alot easier if it wernt mulitple choice ... bsing is hard when you cant get partial credit)

ill have to give it a looksee, but i gotta kinda pretend to study a little.... if i can get an A in my class tommorow i might be able to pass it =D (i reallly should have gotten that fucking book.... stupid bitch lied to me.... {uhhh sorry, violent inner monologe})

yea im never gunna be a teacher..... i cant figure out how to get people to think the way i do... some might consider that a good thing tho

written or video? cuz im pretty much done with video right now... fking youtube... but yea, send me a link, lol, i might not get to it till next week, but ill definately check it out

Well i never make a person feel like less of a person because they are new at something, but im not going to say my way of teaching isnt a little condesating sometimes.... like i hate doing it, but its the best way for me to relay information x_x

oh, but a key, or something to relate it to helps like 10x as much ^^ "no, not like that game, like this, remember how so and so did something such? yea like that, but instead do this"

(lol my captcha is 'revamped dan')

oh, borderlands is  game where you play one of 4 characters, and as you go further in the game, you gain levels, with levels come specail abilities, the whole 'rpg' thing, but its first persong shooter, in a madmax in space kind of setting, and its co-op ^^ but unfortunatley i was one of maybe 3 of my friends to find the game interesting, and nobody fucking has it, and i cant afford it... so i cant play it x_x

meh, i find making the game easier is only necissary if its impossible to finish other wise =P (like fallout 3 has a difficulty setting, and in the beginning you have no ammor and one crappy gun, and a stick... and you just dont have the guns or the skills to kill things... so i dumb it down a bit until i get halfway throught the game, at which point, killing things is possible ^^)

my roommate scales a game on how fun it is, by how easy it is... which annoys the crap out of me, because he just quits hard games, or even hard levels, because its not 'fun' for him.... if it doesnt come easy its not fun, kind of mentality... i think the harder a game is, the more enjoyable it is when you finish, its like you climbed a bigger rock you know?