I don’t know very many people IRL that watch anime, especially at my age. Looking back now, some of my favorite shows growing up were actually anime. When I learned to notice the difference, I realized that I liked the Japan animation better than domestic US shows (by the way, still do) because they didn’t treat the viewer as a simple child who couldn’t understand or cope with more mature material and content. I know the reason for that now, but am still in love with the media. I do read some manga, but as I have always been a notoriously slow reader, so I prefer to stick with the anime.

I will give credit where it’s due, I borrowed most of the layout for my profile from Limasaurus. Thanks for the ideas.

You’ll have to forgive me for picking so many.  When I’ve seen almost 600 different Anime, it’s hard to narrow it down under 20. So here they are, my top 20 list in alphabetical order by English title just for ease. And I mean the whole series (TV, movies, OVAs, etc.) So here it goes:

And I’ll get it out of the way right now, I prefer to watched dubbed Anime. Hate me all you want, but I feel that I can enjoy the overall work so much more when I’m not trying to speed read the entire time. But that doesn’t mean I skip good sub-titled work. That should be clear enough from my favorite movies list above. I think only one of them has been released in dubbed format so far.

Instead of the impossible task of scaling down my list of favorite females, I thought I would just give a quick few descriptions that can sum up 95% of the list. First, a good looking redhead. Shallow? Maybe, but I know I have a type. The next main type would be the quiet strong females. It doesn’t usually mean physical strength, but more of an emotional strength of character or support. The other would be passionate females. Whether it be passion towards a character, goal or idea. Similar to strong emotional character, a female that is truly passionate about what they do or want is very attractive to me. Some examples are:

Now the male list was only half the size of the female list, but I still felt a summary would be quicker and easier. With male characters, it usually comes to one of two things; Either the strong but humble type or keep trying and working against all odds guy. Some examples would be:

Top 3 Currently Watching
I only list the top 3 shows I switch between on here, but for the full listing of what I'm watching, go see my list here.

I like to binge watch shows, so I wait until the season is done and watch them all at once. 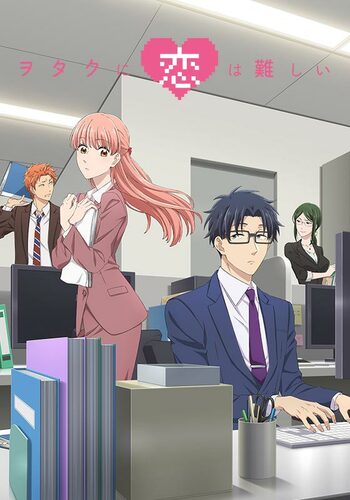 And that's it! A little bit about me!
If you have any suggestions for my profile, let me know! I'm open to any comment/criticism, just please try to keep it clean. And if there are any questions you have for me or you can recommend a good series I might have missed or overlooked, let me know in the comments below. Also feel free to follow me.