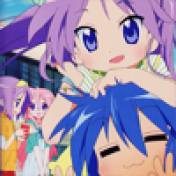 Hi, I am anime fan in college, I watched anime off, and on on T.V. here mostly until recently pretty much; however I watched The Melancholy of Haruhi Suzumiya last year I've started watching a good bit more than I did before, and have been getting into more genres of it than before. I tend to enjoy most genres, though lately I've really come to enjoy romance, comedies, slice of life, and such series.

I generally rate a series here on much I enjoyed, and liked them, if I did nitpicking of everything my rates would mostly be much lower, so I have higher ones as I'd like to have positve view on anime as a whole, and believe there is more good anime than bad, so my ratings might feel they have somewhat of a "curve" to account for this view. On that note anything I've given a 3/10 or lower is something I felt was really bad, and thus far only one series has been bad, confusing and hated enough by me enough to earn a 1 from me.

Watched: as it should be used, this means I've seen the entire series, or I saw enough of it be considered as finished, as when I watched stuff airing and missed episode or two, I don't care to go back to a series for that; though anything I've watched online I've seen everything of.

Watching: Generally this will be the currently airing series I'm follow, 1~3 older series that I am watching when I have time, and sometimes anime that my club at college is watching.

Stalled: I mark things as stalled when I planning, or at least considering watching more of a series, but no idea when, or in some cases it's an anime I've watched with a friend and thus only plan to watch more of it wth them, and won't conitue until I'm given a chance to.

Dropped: I don't plan on finishing this anime; probably because I find it too old/boring to finish now, or was something I saw by someone else's choice and didn't really have a desire to watch more of the series

Other Infomation if my Name and avatar haven't given this away I'll state it anyways, I love♥ the yuri shipping of Konata x Kagami in Lucky Star, as they are two of my favorite characters, I am also quite a fan of some other yuri shippings, especially the NanoFate shipping [Nanoha x Feito-chan from Magical Girl Lyrical Nanoha] plus Vivio too ^^, Sakurako x Himawari, "tsundere couple of yuruyuri, and Kyouko/Yui from same series; of course I also love Homura x Madoka and Kyouko x Sayaka from Mahou Shoujo Madoka Magica. Also while I like a wide array of character types, I do have a soft spot for a good tsundere♥ character xD. And also I do really like yuri series, or series where yuri shipping of characters can be supported :3. Also I am general fan of series by Kyoto Animations, and/or Key Series, and Shaft series.

My favorite series are a list as I update that when I finish something generally if an anime was good enough to be on my list, and also I only include one part of a series to respresent it on my list for simplication sake for me; which is why Clannad Aftery Story/OVAs, Lucky Star OVA, Darker than Black/Shakugan no Shana Second Seasons, Haruhi Suzumiya 2009, Bleach Movies, and such aren't on the list.

If you want to know what I've recently finished aside from what I've watching now see the other list I have.

Now to list my top favorite 10 characters of four types since I've have so many picked over there xD. 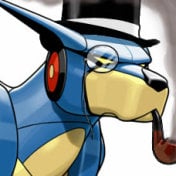 Thanks for the fix, that list is OLD haha. Used to have all shoujo shows, and now I just throw in romances and other romantic comedies. Well, nice meetin' ya. =)

You seem...familiar! I think I came across you on youtube...maybe not. But anyway, hi =)