Welcome to Anime-Planet! I hope you stick around for a while and enjoy your stay. ^-^

I would love to hear your favorite anime top 10 :D 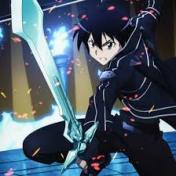 I read your comment and question about 5 Centimeters Per Second. . I would like to apologize if this answer is not exactly what you were hoping for but even though I am aware that there were two dubs to this movie. I usually check who does the voices in each anime I see (if necessary) If it is an ADV release and has the newer dub, I am not sure how that would have happened. If it's an ADV Films release, I am sure it has the voices from that version. Also, even though I own a Blu-ray Player, I have not seen the film on Blu-ray so I do not know about the Blu-ray release edition.