When I'm not gaming then I'm watching anime or sometimes both at the same time or when I'm not doing either of those then I'm reading manga.  My most favorite series of all time is Code Geass followed by Katanagatari, Heroic Age, The Melancholy of Haruhi Suzumiya, Banner of the Stars, Darker than Black, Durarara, Spice and Wolf, and of course Fooly Cooly and well I actually like almost any type of anime really. I'm also always looking for new interesting anime to begin watching.  I graduated high school in '08 and I have my associates degree in visual communcation(graphic design).  Though I don't know if I want to spend the rest of my life doing this so I think that I might end up going back and studying something different at some point.  Huge PS3 and PC gamer not really sure which one I prefer maybe both.

Favorite Type of Music: Well I basically like a lot of foreign type of music especially Japanese pop.  I also like extreme metal, some opera/classical, 80's-90's music has always had a place in my heart, and techno.

Favorite Books: Fantasy, Sci-Fi, and Mystery.  My most favorite book series right now are the Wheel of Time series by Robert Jordan.

Future Dreams: To watch more anime of course and to lead my cat imperial army in a conquest of the entire universe.  Beyond that nothing really but to find a nice warm spot to curl up for a nice long nap.

Hatsune Miku is the greatest thing ever!

Don't you just think that my signature is the cutest thing ever.  I'm all about the anime couples.  Whenever I see a cute couple I can't but help to get a signature with them in it.  And if your wondering I think that the absolute greatest couple ever is Lelouch and C.C. 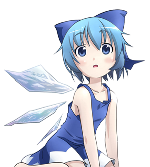 you like romance and shounen ai! me too =D

you're crazy, you got 6 months of anime! you should watch anime from about 3 years old or so, but then, let's be friends!

randomly came upon ur site, so id like to say hello.

Your opinions about anime are truly great!