I do computers. I go to conventions. I drink beer. I drive warships.

My name is Kari, and I run The Anime-Planet Contributors Organization (TACO for short) on the forums. I'm contacting everyone who has had interest in joining us in the past; as a reminder we are still active and we're still working hard for our goal of contributing as much as we can to this site! If you'd like to help out Anime Planet by contributing in a variety of ways (including recommendations, donations, reviews, and more), and get rewards for doing so, please drop by our sub-forum and join us!

Lets work together to make our site even more awesome! 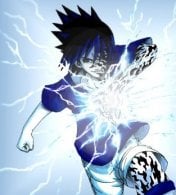 You understand the 20 eps I am talking about, right? all the remixes and random parts of RWBY, and rfs told me it was Red White Blue and Yellow. But obviously I found out it is Black. I understand if you don't want to be friends with me as well. I have lived as a lone wolf, only reliant on myself. Defending only my mother from abusive men. That has made me strong, invoulnerable to hurt. My emotions are steel, and only I make my own feelings. I am here to learn, not to make friends. All the info is here. A "friend," is a luxury, not neccessary for me. I just want you to know, that I do not need friends, or compassion. I accept whatever deep emotional influences have effected you guys. I'm sorry for whatever you or rfs are going through, I used to feel pain as well. Although rfs is older than me, he is far off from my actual level of maturity. He has a long way to go to find himself. A noob on a forum, but I have been a forum of life. If people hre are like that, and cannot grow their emotions to the right consensus, if they have superiority complex, knowing they are inferior, I don't need friends here. This forum is loaded with information. That's all I need. He had to bring out my darkness. I can fake myself like I did in chat. But this is me.

Not Konnichiwa, meant that ^

I also commented on rsf, you should read it lol. Funny things happen to cool mibs ha. Pce brother Cruz!

The problem isn't that the show isn't deep. I'm not a snob who needs to be intellectually challenged by my anime. Hell, Lucky Star and Nichijou aren't deep, and they're two of my all-time favorite series.

Yuru-Yuri doesn't just have lack of depth, it has a fundamental lack of anything interesting or original about it. The character types, their motivations, the plots of each episode, and a hundred other things have already been done better by other shows a thousand times over.

It's supposed to be cute, yes, but it even fails at that. I'm as much into cute girls flirting with each other as the next guy, but I couldn't bring myself to give a crap about Generic Girl or Otaku Girl or any of the others, simply because what they were doing at any given moment was so predictable as to be pointless.

Maybe I was a little harsh, but it just bothers me when the anime industry resorts to cookie-cutter stuff like Yuru-Yuri to get ratings from people who don't know or care how generic it is. It bothers me even more when said cookie-cutter anime are inexplicably successful, and get renewed multiple times while original series wither and die.