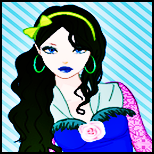 I am a big fan of both anime and manga.

My favorites types are:

I like anime of both the short-episode type and the normal episode type, but I really miss the time when anime series had 26+ episodes each season, instead of only 12 or 13 episodes.

I am completely open to recommendations, so feel free to recommend me any anime you think I would enjoy.

So how are you doing this season?

By the way, I heard recent news about Washington state and that it's a tough place to live. I thought property in Japan was more expensive.

Other than that, I've been trying to catch up with Kurogane no Linebarrel and Tenchi OVAs.

I also re-watched Geneshaft recently. The characters in this anime should have gone to Titan instead of Europa if they wanted a new home. Titan is more prebiotic and bigger than Europa (can get extremely cold when this moon orbits on Jupiter's dark, shadowy sides). You could say that Titan is revolting against Saturn and that it wants to become a planet. Well, dwarf planet or a bigger Ceres.

By the way, I wished my girlfriend a happy heart day, i.e. Valentine's Day.

Hello Holly! never thought I'd see you here. Oh! and this is Kurt Irving from Crunchyroll in case you're wondering. Yeah! and the site's technical difficulties are going nuts.