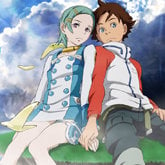 Story: 9.5/10
Following the story of Usui and Misaki through their story as they
attend Seika High and come across various situations proves to be a
fun and entertaining watch from start to finish. with various
romance and comedy moments i don't think i was ever bored with
the series even going from episode to episode.

Animation: 9/10
The characters animation is great and even with the backgrounds
hand drawn style they look good as well. there are many times
where there are crows of people and alot of them aren't detailed
which is typical so its not really much of an issue. i personally love the
animation with the sleek character design and hand styled
backgrounds.

Sound: 9/10
good opening and ending, nice voice acting, not much can really be
said about sound for this type of anime as there isn't action going on
to judge sound effects. most of the time you don't even really notice
the background music but it does have some nice tracks used to fit
various atmospheres, some get used multiple times throughout the
series but that's not really a bad thing.

Characters: 10/10
Maid sama surrounds 2 great main characters and many various
secondary and minor characters that each have a style and feel of
their own.

Overall: 10/10
This series is definitly a feel good anime, most romances focus
around one guy or one girl leaving it with a certain gender fanbase
but this anime has a feel that either gender can really enjoy it. For
me it was a truly enjoyable watch both times i watched it through.