I am from Brazil.... i guess i have nothing else to say

And PLEASE, don't add me as friend without at least leaving a comment, okay? It is kinda weird beeing "friend" with someone i don't even know.

Yeah I hear ya. Things have been crazy for me, too. I'm finally going to finish my degree this semester, after 7 years of being in and out of college. that's great that you've found some work to do for a professor! Unfortunately, I never really made the best of opportunities like that, and even though I'm about to graduate, I wish I did. But yeah, it's great that you've found a bunch of other stuff to do. As long as you're happy, it's probably a good thing that you aren't watching anything at the moment. I've learned my lesson about watching too much anime at once. It's better to just make it a lifetime goal, where you watch a little bit here and there, at a comfortable pace. I watch maybe 2 or 3 new anime a year, now. And you've already seen more than most people will watch, so you're good on that. :p

Personally, I've been doing ok. I'm mostly just focused on getting out of college and finding a job, so I can move along to the next stage of my life. I'm gonna go to an anime convention in a couple of weeks, which is probably the biggest thing I have to look forward to, other than graduating. But yeah, it's really great to hear back from you. I probably would have messaged you on that instant chat thing, but I've long since forgotten my password for it, so I figured it would just be better to talk to you on here. 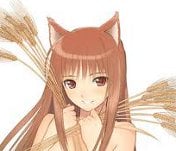 It was so great to hear from you the other day. We are doing great! Super happy to say. :)