Apr 8, 2011
Read other reviews of Supernatural The Animation

I am a big supernatural fan, for a long time it was actually my nr.1 show so when I saw this I was like " OMG, Supernatural anime ? with the rich universe this can really be something great, I really must see this ooo yeah.. wait, this can't be true, might as well go wash my face cause I might be seeing things, this has got to be too good to be true right ? it must be a dream .."

And unfortunately   it was a nightmare, like all nightmare you don't know you're in it until it's too late because at first it seems like a nice dream but sadly no.. Supernatural anime and keep in mind I dropped it after the first 4 episodes so I can't speak for the rest of the series is really bad.

First of all whyyy, and I really must emphasize this WHY ? why, if you have so many possibilities with a universe so diverse like supernatural would you be satisfied with doing the same damn episodes as the tv show, why would you go about doing the same damn episodes and doing them far worse at that, what's the point  ? The episodes are much shorter so a lot of the drama, buildup and character development is cut, obviously even the drama present doesn't have the same impact since it is anime and god the voice actors don't help either. And to top it off, the episodes aren't even in order so there isn't even a story arc or anything it's just one big bloody mess, and bloody it is cause that's one of the things they did right .. one of the few ..

The art is fine for the most part and the animation is ok but the main characters look nothing like the actors, now I get this is anime and it isn't going to look the same but still.. if you showed me a screenshot of the Dean and Sam from the anime without me knowing what it's from I would never in a million years know it's Dean and Sam.

The sound isn't all that bad but the voice actors that do the brothers sound nothing like them and I understand it to a point since it is japanese but still.. why not just take the original actors voices and do it in fucking english, it takes part in the US so why not ? and if not at least get someone that sounds more like them. They also butchered the main song, the band that sings it does a fairly good job but damn does the japanese accent show :(

The characters are under developed and over exaggerated  . What ? you wanted more from 4 episodes ?

There is no point in watching this, just go watch the original show, it's 10 times better, if you're japanese and don't know english then get japanese subtitles and watch the original tv show, this is just a bad copy of it, there is no effort put in this and not only does it not add much but it takes out a lot, the story also isn't present .. at all and there's just no reason to watch this poor excuse for an anime.

Now they have a few episodes in English, I watched the first one. Jensen doesn't do teh voice actor, but Jared does Sam! He does a pretty good job, too... I hate how they say, "Dad's Diary", 'cuz "Diary" is not a word in the Winchester vocabulary... The Impala was all screwed up, which is very important to me <3, and if you're a Kansas fan, don't watch the end, "Wayward Son" was completely killed... All in all, I'm still pretty excited. I've only seen the first one, and I wanna see how much else they can screw up :)

Don't know what you're on about, I specifically said that I'm a fan of the show in the very first line and I think it is very clear why I compared it to the show, because it does nothing else but redo the episodes in the show and of course it needs comparison in that case, especially when it is done so badly.

Also I specifically said that this is based on me reviewing the first 4 episodes and that I can't say anything regarding the rest ( watched 2 more since btw and it doesn't get any better) so again I don't know what you're talking about on that subject either.

Is it a rant ? .. I guess, a bit, yes.. but I also explain why it is bad and don't just say it's bad, I said everything I don't like about it and why so ye, it is a review if brief and incomplete it does talk about what is good and bad, mostly bad.

Dunno about Madoka and don't care either, the point is that in 4 (6 now) episodes it not only failed to grasp my attention but it actually did the opposite and made me regret watching it, I'm not saying it can't magically turn in a good show but I'm saying that what I saw of it is bad and it is higly unlikely that it will turn good.

I gave story 2/10 because its badly writen, I know the story and they fucked the order up, cut a lot of important character development, the dialog is worse and really have no begining to it, why copy the episodes in the original show yet not do them in order is beyond me ...

I sugest next time read more of what I wrote before comenting on it since you're asking me to make clear things I already have.

The thing is I rarely found a good show that wasn't good since the begining, dunno about Madoka but if half a show is bad then I wouldn't call it a great show now would I ? if the first 6 out of 12 episodes are crap then it won't get more then a 6 from me and that if the second part is briliant, then again you'd really have to find me in a moment when I have absolutly nothing else to watch or read before you'll get me to sit through 6 bad episodes to get to the good part if I'm not already invested in a show, if it starts bad then why would I continue watching ?

In the end, the fact is that the first episodes are suposed to get you interested in a show and this one doesn't even come close. 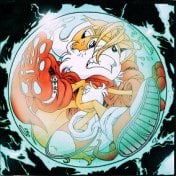 This honestly feels more like a personal rant rather than a review. Although it's quite understandable that a fan of the original live action show would not like the anime adaptation, it really should be clearly stated at the beginning that the basis of this "review" is on the anime in comparison to the show BY a fan of the show. And is it really fair to rate something when you're only roughly 18% into it? It's one thing to make the decision that it isn't for you and to stop but you're essentially giving an incomplete review. I'm not saying that the Supernatural anime is Madoka material, but if someone had reviewed Madoka based on the first two episodes (which is roughly 16% of the series as well since its 12 episodes instead of 22), then people who watched it or know of it would automatically discredit the review since the first several episodes (even 5 or 6 in to be honest) have no reflection on the end of the series, or even the general overarching premise. (If you don't know anything about Madoka Magica you should look into it. Even if it's not your thing, just read up on it and you will understand what I mean). You still make very valid points in you're "review" but you gave Story 2/10 when you haven't even reached 20% of the story. Yes, I am aware you know what happens as you have seen the show, and no you might not like how it was executed in this medium, but if you are going to give a legitimate review, at least allow others who haven't watched the anime or the live action to decide if they would enjoy the ENTIRE story and not simply the first 18% of it. 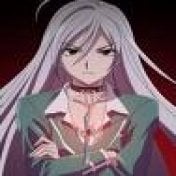 Yea, I'm having trouble with it to, it had a lot of potential. I tried the Dub as well, But its only half good, Jared signed on to voice Sam, so his voice is right, but Jensen wouldn't/couldn't for w/e reason, so its some other VA trying REALLY hard to sound like Jensen, its just not the same :(