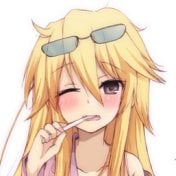 Let me start off by saying, if you found the concept of the anime in any way interesting, you should read the manga instead.

This is by far the worst adaptation I've seen in years. For starters the 12 episode anime covered the first 12 chapters of the manga, basically doing the same thing One Piece does, but the difference is the OP anime has been going on for years and has caught up to the manga a long time ago, hence the padding, but this one's manga is so far ahead of the anime that there was no possible way it would have caugh up with it. Its clear that hey just wanted to adapt the first arc into a 12 episode anime, even if it meant they needed to stretch it out.

Next they changed the manga's overall serious tone into a more light-hearted comedic one, so its almost a different genre. The anime contains "comedy" and "romance" tags, which are very minimal in the manga. The brutality and gore have also been toned down quite a bit. The problem with this is, the manga gets VERY dark, so if they're too afraid to show an ogre's head explode, I highly doubt they'll be showing the countless atrocities that will be showing up later like [SPOILER] humans being killed in graphic ways (ex. sliced in half, crushed, burned to death, etc), an orc child burning to death, human infected by a parasite, drug addiction, drug traficing, human traficing, gang-raep, gang-raepd girl getting shown her father's decapitated head, just to name a few. [/SPOILER] Also, every "non-main character" is expendible and unlike in most isekai, for them death is permanent.

Finally, the things they used to pad out the anime, had a negative impact on some of the characters and even the overall flow of the story. To name a couple of examples:

- They essencially took one quirky personality trait of Tokitate (girl with glasses) and spammed it in every scene she's in, making her one dimensional. In the anime she's basically nothing but a crazy otaku girl, who only ever thinks of her 2D husbando and other otakus related things like magical girls and shipping. Now don't get me wrong, she does think of her 2D husbando's from time to time and even mentioned her wanting to be a mahou shoujo when she was a kid, when she first arived in the world, but you won't find a whole chapter dedicated to her delusion of being a magical girl, you won't find her constatntly, creepily chuckling in front of others about her 2D husbandos and you definitely won't find her trying to play wingman to make Yotsuya and Khavel a thing. Speaking of which...

- They dedicated an entire episode to not so subtlely hint at Khavel (knightess) having a thing for Yotsuya (protag), only to end it by it being a missundertsanding... This is 100% for padding. In the manga, other than the kiss, the fact that Khavel has a crush for Yotsuya is very subtle at this point, which is why they did the whole "it was all just a missunderstanding lol!" thing. Neither Yuka, nor Khavel are like the character they were portrayed as in that episode, yet they did it anyway, cause they wanted to make a romcom episode to stretch out the runtime and derail the flow of the story, as if they had time to mess around.

I'll end my rant by referring to the ending. That's right, they even messed up the ending. Let's call it just my opinion, but if they really wanted people to tune in on S2, they should have went one episode further, to reveal a very interesting twist in the story, which also explains why its called "I'm standing on a Million Lives": [SPOILER] Every time they return to their world, decades have passed in the isekai world. This means whatever they did in one stage, can have major reprecautions in future stages and by the time they return, whole countries could have been destroyed, people they met could be long dead, etc.  [/SPOILER]

The animation ranges from decent to downright horrible, its very incosistent and sadly its more often bad than good.

The voice acting is good for he most part and some musical tracks give a nice feel to the world, which i do appreciate.

Not the worst anime I've seen this season, but definitely not good.

I'm baffled how this got a second season so fast (smells like money laundering). That said, I'll probably watch the second season as well, but if they continue to go crazy with the changes, then I highly doubt I'll enjoy it. Anime directors need to learn their place and stop changing the mangaka's work, just because they think they can make it better.