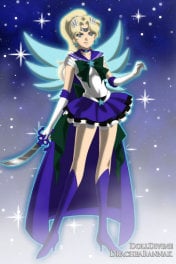 About horses and other animals:

I've been into horseback riding for 18 years, and still continue that lifestyle. Horses, zebras, donkeys and mules are absolutely my favorite animals, although I love other animals as well, especially cats, rabbits, sheep, cows, pigs, dogs, pandas, koalas, turtles, penguins and owls. My least favorite animals are spiders, snakes, frogs and hyenas.

About writing and drawing:

I have been drawing since I was kid, and has never stopped it although I draw quite irregularly nowadays. Fist I drew birds, I really loved birds when I was young, but then I fell in love with horses, and I believe I can draw horses better than anything else.I finally started drawing fan art about various tv shows at the age of 13. My subjects included Biker Mice from Mars, Teenage Mutant Ninja Turtles, Babylon 5 and Harry Potter.

My enthusiasm with writing grew on me at the same time. I noticed that I was talented at languages and loved to use imagination in my school essays, so I strated to write different kinds of fan fiction. When I got older, I wrote stories in several languages as well.

About nature and environment:

To me, nature and environmental issues are extremely important. We need to take care of this planet and the living things on it, so we can be richer in the future. (I don't want to turn this intro into politics, so I stop here. :D)

About anime and manga:

The main reason I'm here. ;) Yes, I've been into anime and manga since early 2000s. The first series I saw were Sailor Moon, Dragonball Z and Magic Knight Rayearth. My sister introduced them to me, she had a TV which had a channel for them, and at first I wasn't too impressed. Then I saw some of children's anime series on TV (Pokemon, Digimon, Hamtaro, Yugioh GX, Transformers etc.) and that really didn't increase my interest in anime.

AND THEN THAT HAPPENED! I saw Saint Seiya. I found it by Google and Wikipedia in 2008, watched it online and I was in love with it. I joined Saint Seiya Fan, an English fan site dedicated to Saint Seiya, and chatted with other fans. I got some ideas what anime I should watch and just started watching. First Bleach, then several others. I started even buy manga. Fruits Basket, Bleach, Nana, Princess Resurrection... I started to love Katsuyuki Konishi's work, he became my favorite voice actor. I love also Toshiyuki Morikawa and Daisuke Namikawa. :)

I love to watch medical dramas on TV. My favorite ones are Grey's Anatomy, Holby City, Chicago Hope and ER.

About travelling and languages:

I've also studied several languages. My first language is Finnish, but I'm really good at English both in writing and in speech. I write good Swedish and German, and know basics of Italian and Spanish.

About astrology and mythology:

In my opinion, astrology is fun too.  I prefer the traditional Western astrology over the Chinese one, and the Chinese one over the other ones. :D But the Ophiuchus sign really bugs me because I can't find any astrological profile for it. Until it's released, I'm not going to be an Ophiuchus! I'm a Sagittarius with Moon in Aries and Ascendant in Pisces!

Because I'm a writer, I'd love to be a journalist. I love that work, I've lots of good experiences from it, but it's really difficult to find a job in that area. I guess I have to be an amateur journalist. :P

I love music but I can't figure out my favorite genre because I love all kinds of music styles! My favorite bands are Evanescence and Within Temptation (they give me lots of inspiration to my writing) but I also love singers like Lady Gaga, Madonna and Kylie Minogue (they are fun to listen to).

Horror and fantasy are my favorite genres. My favorite movies include The Lord Of The Rings, The Matrix, Alien and Resident Evil.

I read novels when I have time. My favorite books are The Horse Whisperer by Nicholas Evans, Black Beauty by Anna Sewell, War Horse by Michael Morpurgo, The Lord Of The Rings by J.R.R. Tolkien and Winnie The Pooh by A.A. Milne.