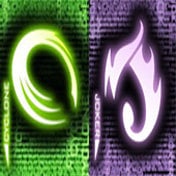 May 11, 2013
Read other reviews of Daily Lives of High School Boys

It's pretty obvious that there is no actual plot in this show, it is just teenagers doing random stuff and making jokes out of them. It nicely portrays the childish creativy we had in our teenage lives(i'm a teen lol) and are mostly just "side stories", nothing much to talk about here.

To the meat of the show, the jokes.

Honestly, it's a mixed bag. Some jokes are hilarous but some are just yawn-out-loud boring, because the jokes are mostly very slow and draggy(sometimes they even tell you when to laugh). So you basically get a random mix of good and bad in every episode, it kinda relies on your "luck" whether or not you'll LOL or fall asleep.

Good jokes consists of alot of shenanigans and the characters fooling around in various hilariously clichèd ways, slapstick comedy.

The art style is pretty simplistic for the time that it is made.

They are simply a cast of stereotypes, funny but just bland and shallow(and somewhat generic) stereotypes.

There is a pretty colourful cast of characters, you can pick your favourite one from them, but most(at least IMO) are forgettable.

The soundtracks sounds decent, most of them are good, but there's only a handful of it.

Overall: Don't get me wrong, i did enjoy watching this as light entertainment, it's not a bad comedy at all. It's the kind of series where if you skipped 10 episodes, it won't confuse you nor effect anything, and it works nicely as a time waster. And nothing more than that, just watch this to waste time.

What's good:+Half of the jokes are extremely enjoyable, +Decent characters

What's bad:-Draggy jokes, -The other half of the jokes are really boring

I have read your review and I was disappointed, because you make it sound like it was supposed to be an action anime
In the tags , you can clearly see that it says: slice of life. And everything you said is what a slice of life anime is
You don't expect a plot from such an anime, it's just for fun and laughing
As for the animation, again it's a slice of life , you don't need an epic animation like demon slayer or attack on titan or whatever anime
As for the characters, guess what? A slice of life, you don't expect a shuonin protagonist in this kind of anime. And it is made to make it feel as real as possible