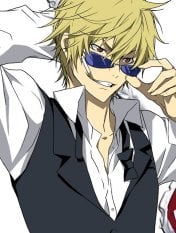 This profile is pretty outdated, proceed with causion and question everything I say.

Well hello there, my name is John (in Dutch it's Jan, but the english version definitely sounds 10x cooler). I'm a 19 years old anime lover who spent way to much time on anime and gaming.

I've been actively watching anime for around 2 years now. Before those 2 years I had pretty much only seen pokemon, digimon, crayon shinchan, dragonball Z etc... So, 2 years ago I was only rewatching dragonball Z over and over again untill someone from class said he was watching naruto. By then I already heard of naruto and thought it was stupid and a dragonball Z clone. I still decided to watch it and thought it was awesome. From naruto and I went on to Naruto shippuden and then bleach.

Near the end of bleach another classmate told me to watch Sword Art online. By the time I didn't really know anything about anime season and such.I started watching Sword art online weekly. To fill the rest of my free time I also strated watching shorter shows from youtube (shitty dub versions because i didnt know any better). Around the time I joined anime-planet and it's forum. Throught anime-planet and the forum I was able to watch so much awesome anime that I'd never have been able to watch before.

As said in the above, my name is John. Currently I'm studying at the university of Delft in the Netherlands. Besides my studies I'm very involved in waterpolo. I've started swimming lessons at the age of 5 and never stopped. After I finished those lessons I got into waterpolo and never left. I still enjoy waterpolo a lot and I do not plan on stopping anytime soon! One of my other hobbies is gaming. I played a lot of call of duty on my xbox, but since I made a gaming computer I've been playing Tera rising for months now. I do have other games, but Tera has been taking all of my time so far, hehehe.

So far I've watched a considerable amount of anime and I do have some favorites. The one who gets most of my love is Tengen Toppa Gurren Lagann With the Epic/manly/badass male character, Kamina. Some of my other favorites are:

Pretty much any show with a 5 star rating

My ratings are mostly based on enjoyment. A show can be shitty, but if I enjoyed the heck out of it and couldn't stop watching then it's worth a high rating.

Ohh, that's pretty convenient. Since it's hard for me to see whe i have time I'll do some greetings whenever I do have time. I'll read up on the new WECO page to see how it works!

Haha, don't worry about it! The new system's a lot more flexible than the old one, so if you want to you could actually just show up one day, greet a couple of new users, and then never do it again if you want. Totally up to you though!

Thank you, that means a lot :D

So as you may or may not have heard, WECO is back! Rntt89, FriendlyDemon and I have decided to resurrect the club, and as a former greeter, we wanted to make sure you knew about it! It’s pretty different to how WECO originally was, as we explained in our forum thread (link here), but our core aim is still the same - to make sure every new member gets a warm welcome to the site!

We know you did some great work for the original WECO, so we’d love it if you could continue that work with us! 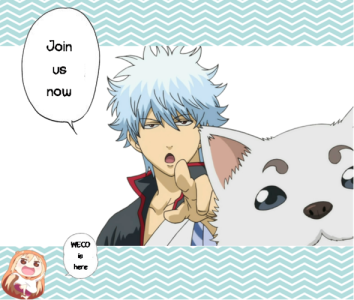 Thank you for reading, and we hope to see you greeting with us soon!

JohnWatchAnime  says...  Hey!   I'm doing good. I got back from my abroad internship last week, now I'm trying to get into the flow of things back at home haha.  I had a great time the last 5 months. My internship is really nice and the other students in my house were great aswell.   My teacher back at my study also approved my reports on my internship, so I definitely passed it :)

It's good to hear from you and definitely great that the internship went so well for you. /me is happy to hear that!  After so long away, it'll probably take a bit of time to get back into a new "regular" routine at home.  I'm still wishing for your continued success and happiness.  You being happy makes me happy vicariously! *big smile*

You are one of my long-tinme a-p friends and I really am glad to hear of things going so good!

What are your plans now that you are home?  Have you decided yet what you want to do?

JohnWatchAnime  says...  How are things goign for you? Is the welcoming commitee still going strong?   I will be able to get back to greeting soon, but for now I don't have much time.  Regards,  John

WECO is well.  Hopefully, the group will keep going strong as long as the site continues, and right now there are tons of new members signing up every day.  I'm trying to recruit new Greeters and get the ones who are active now to help take on larger roles when they can because it is so busy.  So, be assured, when you are ready to come back, there is DEFINITELY a place waiting for you! *grin*  But take all the time you need to be away - I want you to come back refreshed and happy to welcome new members and not come back because you feel obligated to do it.  Wait until your schedule settles a bit and you have some time available to devote.

Hi - just checking in - how are you doing?