You will see that my top 5 contains classic anime such Devil Hunter Yohko and Sailor Moon, as well as dark series' like Boogiepop Phantom which is, to me, the creme de la creme of anime. I also liked GANTZ, Bokurano, Lain, Hellsing, Elfen Lied and Kite.

Annlee: No Ghost Just a Shell (Yes, it's a refferance to GITS) was an art project by two french artists. They purchased the rights to a generic, no-name anime girl, named her Annlee, and comissioned several artists to do whatever they wanted with her. The results were CGI animated shorts, neon light sculptures, posters and even a moving contraption playing other animations featuring her. Annlee the character has since been given the rights to her own image so the character effectivly is owned by no one but herself. I find the entire concept beautiful on an artistic and existential level and have thus adopted Annlee as my icon.

It is dante from dmc i found this on google and removed the background if you want i can send it to you :) 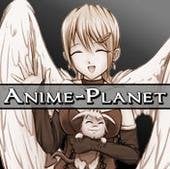 You can post latest thoughts, daily activities, and general commentary in the discussion topics in the site's Forum to elicit responses from other members here. This would be a good area to post your 30 Days of Anime blog posts.

From your listed tastes I think you should indeed give it a go ^.^