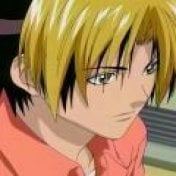 Average person who just so happen to get hooked on anime during the time Spriggan, Ronin Warriors and Neon Genesis Evangelion was not that well known in the US. Hell, Voltron was on and no one knew, how sad.  I remember when subs were choppy, pixieled and very fuzzy, that was the best, now people cry when they can't see HD let alone SD.  Older fansubs sources were from old vhs and very rare VHD, laserfilm or laserdisc.  I bet people don't know that most early animes in late 80's and 90's were already HD formats and US companys would just get the DVD for source raws.

I have spend insane amout of time downloading and gathering this insane number episodes and series as a collection, I started when DSL/Cable internet was in it's infancy, and prior (the dreaded Dial-up, i think it was when 14.4k was starting and then transition in some areas to 28.8 K.). Yes i may seem old, look at profile info. Started when i was around 10. Started slow at first ^_^. I guess that makes me more then average in our world, just plain werid in the outside world.

'Top 5' (is subject to change) - Even though their is two in each field, their is a reason, a comparson of story, art, difference in genre.  "It is quite hard to have no room for Spriggan or Evangelion off, they both have a special place in my heart ^_^"

Top Genres: Even though their is pleanty of them, my most enjoyed are the following, but it can be any variation of them.

Dropped Anime: Dropped anime does not indicate that I didn't like it. It's more the case that I saw a couple episodes elsewhere and forgot about it.\

Won't Watch Anime: I do not believe in an anime not worth watching or i don't want to watch.  Yes that includes Yuri and Yaoi, it is still anime.

Recommendations: Each of the recommendations I do is based on how the anime series in question is simular to the other in all specs (art, sound, story and genre) but keeping in mind that it will neither be negative or positive, as i will leave you the reader to draw your own conclusion. The idea is if you read the recommendation, you will decided if this series is good or bad based on similarities.

Personal Reviews: Are handled in a different prospective, as with many series they are either based or loosely based on some sub-genre(s) and hybrids. Alhough their will be simularities to other series in art, music, quality, story and form. Dispite each similarities each has it's own identity, several or one culture it draws from and attended audience which is also totally different then other countries standards. With all that in mind i make my reviews and also draw from the prospective of the popular fan based (i.e. CLAMP fans, Mecha fans, etc), keep in mind i myself like many others still have our own idea(s) of a series and will hint so.

Other than anime: (WAIT, there is such a thing, OH the horror) I'm into manga and movies (so basically my life is spent out-of-touch with reality, more it is my reality and everything is out-of-touch). I do other things like computers & video games, mainly RPGs. Kings Quest series (yea that is old), just about any of the Sierra adventure games or Blizzard Ent.

I will always been American, I joined the Marines, I have be employed at many companies in the southwest. My current experience is based on my own education of world and local events.

IRC & Messengers: I put my messenger names up - at one time or another I've used them all. I access them all, but I will selfishly prefer if you use the msn or google, since my AIM is rarely used with people. ^_^ Also, if you're adding me, it might be a good idea to tell me (comment or pm in the forum), because my firewall might deny contact requests if I don't realize who you are. Their is much more to the person name Hikaru. Much more then this little window can provide.

- If you would like to further contact me, you can look for me on IRC (any server) with the nickname hikaru_shindo or shindo_hikaru.

My Collection: As far as my anime collection goes, i have a total of 5 Hard Drives and 2 used for anime collection. Total anime stored anime is 4657.5 GB, I still want to upgrade my space.  I may get more 3 or 4 tb drive in the future to increase my storage for new series.  I also want to upgrade the Windows installation to a SSD.  It may be hard to belive but all hard drives are Wester Digital:

Anime Stats: Well, over a little time i will continue to update the list of anime i have seen, in most cases it will jump up a a couple and/or several series and eps. Reasons for this is i may have already seen it, recently became listed, or have not verfied it against my own list which may or may not be upto date.

Gaming: I like many enjoy the gaming community, althou mine is more in role playing, fantasy, first person shooter, strategy and any combination of them all.  At current i enjoy more time in Xbox 360 then any of the systems i have.  Of course i poke at my nintendo or super nintendo. (I know what some of you are thinking, "You still have them", of course i do, no matter what you just can't beat the old 2d system.)  Current gaming systems i have are - Xbox One, 3 Xbox 360 (Special Edition Modern Warfare 2, Halo 4 and Halo Reach), xbox, Wii, Nintentdo 64, Super nintendo, nintendo, Playstation 2, Playstation 3 and the old Atair system.  By the way i still own the games for these old systems, quite a few of them still work.

I can't BELIEVE you don't like Louis Armstrong. BLASPHEMY!! XD 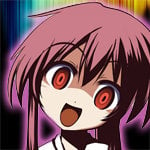 cheers, guess i'll just have to stop procrastinating and watch it myself, sounds interesting though :)

Hey, notice you've seen Arata Kangatari, is it any good? just curious coz its one i've been procrastinating on lol

I read your Profil and it is so cool.