6 – Slightly above average. Had some promise, but fell flat on execution.

7 – Good. Recommendable and overall enjoyable, but has some notable flaws.

8 – Great. All around solid show with minor flaws. Well worth watching.

9/10 – Excellent. The best shows of their genre. Highly recommended.

Just wow. I was gonna write a review of Durarara, but then I read yours (I know this was a long time ago). This says it all. xD Great review, got me surprised because you said everything I was gonna say, but better x) keep it up man

I think if I tried to review Penguindrum, I would just end up fangirling everywhere and nobody wants that. But I'll give it a shot this summer and see what happens (no time until then >_<)

Hello, just pinging any of the site reviewers who haven't responded yet in the new thread in the mod section - it's an important question/discussion about if the section will proceed as it currently is, so I'm asking for each reviewer to respond there with their thoughts :) thanks! 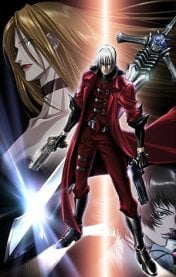 True to my word (as stated below), I DID watch Beck. It really was a good show, with the exception of the Engrish the Japanese characters used, as well as the equally bad "truly" American character dialogues (also, Beck's voice was clearly made by a human, also horrible :P ). Nonetheless, the characters really made me care about their dreams and aspirations, so I honestly enjoyed the anime as a whole, despite its shortcomings (the animation wasn't that great either, though it did capture the underground stage feeling).

So, that's that, thanks again for the recommendation!! :D

It's been sitting in my hard drive for some time now, I will definitely watch it. Here's your high five (^5)!!