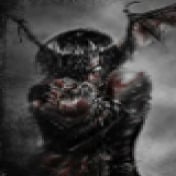 Not much to tell...some ratings might be more or less than what they r technical aspects aside it comes down to my opinion and how i feel about a show. Putting together an anime list is actually not entirely easy i do what i can. Some eps counts are wrong im leaning toward i watched more than that. Some shows will be used as a perpetual dumping ground boosting the ep count to add and adjust the amount of eps and lifetime spent on anime. Dare to read anymore after this paragraph it only gets worse. Me sentence structure gud! Suggest skip to the end for anymore info. Btw next paragraph or so is my only "review" on the site and its of sao...the review is fitting for the show.

there u have it sao sh-- a'' online is easily the worst anime i have seen and the worst game ever no not because u can really die which id rather do its cause its retarded when some forum peeps tell u a show is horrendous ud better take notice next time the poor grammar and spelling jumble mess is less retarded and more sensible than sao is i gave it a 1 star and im the nice guy! this feels like a mark of shame on my list for watching all of it and less of an achievement lesson learned i dont want to watch anymore horrible shows either stop or dont watch avoid like a plague i suffered more watching this show then the unrealistic people trapped in there so called game of death nearly an endless amount of things wrong with sao which i will not get into...

and finally kirito worst character ever such a biacth more of a  pussy then all them dumb girls btw the show is sexist who names themself someone elses real name ina game anyway!?¡ not a single person thats who like my real name is this but online iam known as steve! ha nope use real name or a name like poopy or chaos devil just ARGHHH

why bother putting this together? idk idc chances r no1 will read this anyway its mainly for myself and as for any sao fanboys trendin here to dark woods leave any hate at the door if u come in iwill blast u with my boomstick filled with GOOD shows ;] k thx

Issues with site look up a franchise sometimes titles are missing in the related section/dont appear. Persons and studios should be fleshed out more otherwise it dont matter.

Based on some evidence kind of saying what i said earlier some anime will not be included on the site that i watched but some still may be added later....regardless the site have rule and i have mine so yeah some dropped shows will have more eps counts to adjust life time spent accordingly...even so im iffy on the actual ep count of some shows. I don't want to mark listings incorrectly so i will have the audacity to put down the shows below. If some shows get added then i could easily lower the ep count much like i can undo wont watch shows not likely though...y am i writing(typing) all this?

Characters section is random just for fun i used to mark everybody but now i don't.

Even if dub bad i still watch the show it counts

It is okay what i wrote here? I don't want to wake up to a ban.

Feels like im forgetting something....? This has turned out to be an odd little diary

Encourage Hellspawn to add some by leaving a comment below!

i see that you too can appreciate this guys mustached awesomeness :D