Hellooo :) Same with your profile. I like how you've timed yourself for some of your binges haha. Sounds like something I might do. I've pulled my fair share of all-nighters to finish 12 and 24 episode anime so it would be interesting to see ^^ 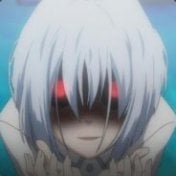 "Hi again! I am only a light comic book reader, but am quite into the actual history and evolution of many characters/groups. I tend to prefer Marvel but my favorite character is by far Superman. I know that's very common/typical, but I have been a fan since I was very young. I can thank Christopher Reeve and the 1940's Max Fleischer cartoons for that."

I never got into comics much. I often tend to want to be doing more than one thing at a time, watch/listen to an anime while playing games, for example. It's one of the reasons I prefer English dubbed anime. I do miss some of the subtler things when I do that though. I can't disagree with you on Marvel preference, even when I was a kid (I don't remeber much Marvel back then). I was a massive fan of the X-Men cartoon as a kid! Embarassingly, I had forgotten it was a Marvel property until Disney bought them. I may or may not have tried to throw a few cards Gambit style back in the day. I'm going to have to level with you, I actually didn't like Superman, for the most part, as a kid. I guess he didn't appeal to me the same way Batman did, but Batman had a rediculous amount of cartoons so I'm sure that didn't hurt. I do think J'onn J'onzz was my favorite though, probably still is. I adored the Justice League series and the dynamic of the heroes together more than being apart. I didnj't realize that Superman had air time that far back! Though, it's possible I've seen it long ago and just thought it was recent. As a kid I grew up on a lot of the classic Hanna-Barbera and WB cartoons so I doubt I would've been able to tell the difference.

"Without a doubt it's my favorite one as well. ANN is decent for information (and reviews) too."

ANN is definitely my second choice. I go to it for English studio information quite often and if there's a review for something that interests me I'll click it for sure.

"I'm not particular, but I do indeed enjoy a quality English dub. I just got done seeing Skip Beat! with someone else and we both agree that it is one of the best dubs we've ever seen. Plus, since I'm a database moderator I can definitely say that we've been trying to update past anime with missing VA's, both English and Japanese ones."

That's an interesting looking anime that's already on my Want to Watch list. I might have to see if I can pick it up sometime soon. Well, thank you for that! I really appreciate it. There are certain voice actors/actresses that can really hurt my ears, and some who change so much from anime to anime you wouldn't know the difference! It's great to have that information in advance and especially when "Oh gosh I know I've heard this voice before, but I can't place it" comes to mind. I don't know if there's anything I Can do to help. With the rise of streaming services my physical collection is small, but it does have some that might help.

"Thank you kindly for reading and responding to my previous post. I enjoy the conversation with other users who are like you and clearly care about here! Please feel free to chat any time with me. It's been a pleasure! Take care and until next time."

Hey, I may not always be around, and I might get busy and take a bit to respond, but it's always a pleasure! You take care as well!

My current avatar is from Fate/Grand Order. It's an alternative version of Saber called Artoria Pendragon (Lancer Alter) . Picture is fanmade and pretty popular so you most likely find it with reverse image search, but I'll link full picture here if you want to save it or something.

Hello there! I apologize for not responding earlier, my wifi has been rather wonky. I really appreciate you taking the time to comment on my profile, because I felt rather lonely when I first made this account and was starting to wonder whether my presence on this site would just be a silent one. I can't wait to get more involved with A-P, the people on the forums are super friendly and there are so many amazing and interesting topics constantly being discussed.