most of then anime i've watched have been shounen, but as i have matured tried different genres as well. i usually look for anime that have a deeper meaning and makes me question  myself as well as my existence. The masochist inside of me gets some kind of enjoyment from anime that rip my heart apart, I've always wanted to delve deeper into that kinda of genre but i'm scared that i might find one that might cause irepairable damage. I also like anime that just makes me feel good

2012 Edit: Stopped watching anime for a while and have begun to watch again. but because of lack of interent connection in my present location It's really hard to stay up to date. neverthelesss I have continued to watch aniime, Getting Older, but i hope that I won't have to stop watching but instead become a better critic.

2016 Edit:  So Here I am, 26 years old about to turn 27 and i am still trying to keep up with anime. i've found that i've become t less tolorant of crap anime and only seek the best of the best. which is very hard to day considering all the crapfest these days. of course they all look nice and shiny compared to what i was used to back in the day. but they lack a lot of substance and execution. i don't know if it's because i am nearing my middle ages and time is becoming more precious that i've become like that. what i do know is that i don't want to abandon anime. if I do , it truly means that i wasted my youth in front of a computer screen. :P

two notes: we'll have blogs in v3 ^_^ and also, since you've asked for average ratings in the past, check out this thread for sure :D 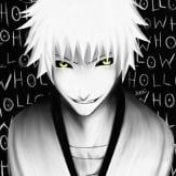 and nice taste of favorite's, Neon Genesis Evangelion, Eureka 7, Air Gear.. like them just as much.

I loved fma and kino too 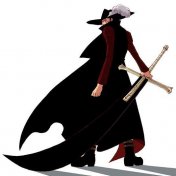 I think Getbackers was done badly, the Thunder Emporor story should have been the last one, not in the middle.