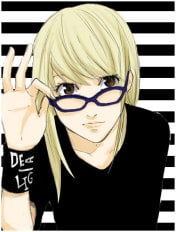 This manga is great, and I say this because I'm not into shoujo manga, but this manga captured my interess and made me want more of it.

I mean, the moment when Futaba and Kou meet for the first time it's genius, there's like this group of friends who want to play "cops and robbers". Futaba and a friend of hers join them and she ends up a robber. She then runs and finds the same exact hiding spot that kou chose. And it's just sweet how a simple game can join so many good emotions into a scene.

And when they meet for the second time, both of them are completely different, as stated by Futaba in almost every chapter.

That is one thing that I like about this manga, the fact that it could have been completely different, depending on one simple thing that happenend.

The moments shared by the protagonists are just delicious to the eyes, and there are love triangles and new possible loves introduced. At some point in the series I didn't know who to root for anymore.

And Futaba's feelings and the way she develops trought the entire story is just beautiful, she smoothly is changed by kou and everyone around her.

Her two best friends are jsut amazing, they make the story even better with their own personal (love) problems. And then there's Kou's "friend", the most enthusiastic in the group.

Kou is just simply the best. I think that one of the good things in this manga is the fact that Futaba's choices in love are realistic and not poorly made like in some mangas. Io Sakisaka is definitly a great mangaka.

This manga, I highly recommend it.

I couldn't have said it better myself :) This manga is amazing and got me hooked from the very beginning :)