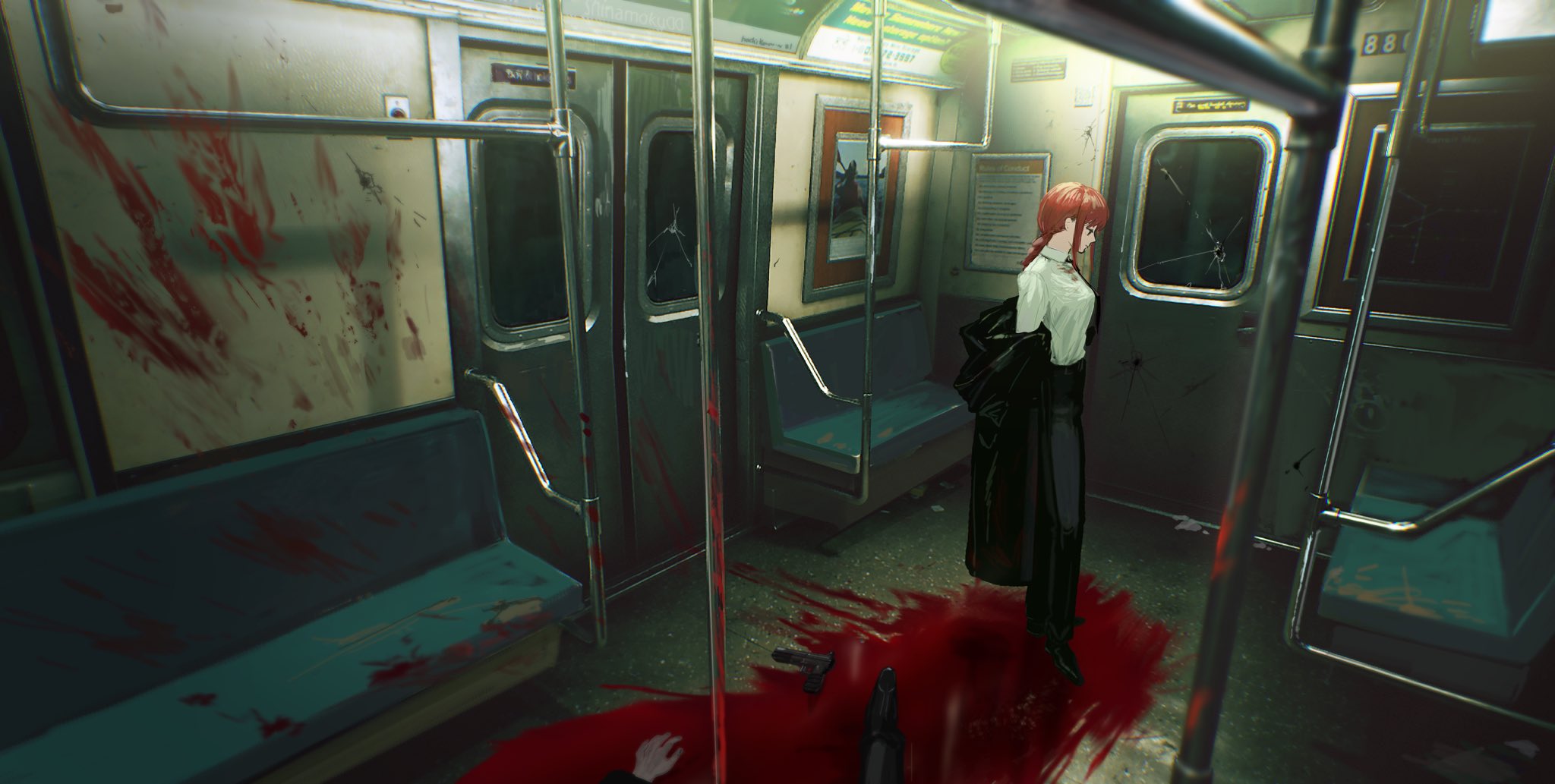 Enjoy this too eheh or the next one, mamed I AM

Rly cool man, so you you are moving to another country mmm

Since its within EU, leave Portugal as an option! hahahah

Poor man got addicted as well hahah  I tend to keep away from this type of games since i always had issues playing them. Go be specific, is very very ez for me to get addicted o mmorpgs/mmos. Thats why i usually stick with shooters or others... But now i think i learned my lesson and i try to controll the stuff. During highscool i literally spent 24/7 on some games of the genre when i got tge chances and even during 2020 when covid came, i spent a HUGE ammounr of time on those ah... literally spending full days and nights on them every fkn day but at least it was during the big covid boom and i had to be stuck at home anyays for more than 2 months so yeah...

I do drink a lot, smoke some stuff and thingslike that, but man... Mmorpgs/mmos are way stronger and  get me addicted way faster (ive donne the stuff i listed before for yeras now and never rly got addicted since i have a pretty strong sense of control regarding those..)

"Yeah, but this site still looks better than mal that is still in 2000."

We always end up disagreeing about mal haha The only thing i like this website more than that one, is just the database and that is easier to get stuff you request, done. More specifically, adding aime/manga/characters and stuff like that to the database and make it better. And overral thats what matters the most but i do love MAL but also wish it wasnt like it is now, no improvements on the DB, shitty mods/ppl arround and mostly became a comercial place, that surprisingly even if it should be better than AP, its not, way worse. But overral, A-P does the job on MALs place for me, for the majority of the cases. My biggest complain is the rather stagnated community and the way of doing stuff within it. Ah! and the discussion threads of chaps/eps, that annoyes me af. But yeah.

glad u liked the music and thx for the recoms

"I do. There are two types of karate, one is for femboys and girls (no contact) and for those who have big pp (full contact, which I practiced.) Yeah, I lost my dojo because of COVID. Like, I could still practice there, but since COIVD is one motherfucker, I decided to stop. Dunno, if it stays like that, I will just do everything alone."

"Respect-respect. Real talk, though. When I started that shit, we did not have that kind of stuff in my country. Like, many parents strongly disliked the idea that their school might have something like that. I was lucky, though. But we paid a shitton for a headmaster not to close us. Back then I was fat weaboo, hehe. Then after 3 years I started beating the shit out of fucks, who tried to shit on me. And now, cannot say that I am a super cool master, since I am only 1<sup>st</sup> dan, but when fighting against those who know nothing about martial arts, it is 99.9 a win for me (0.1 if they have a gun LMAO), but when fighting against a master of some martial art, hell, sometimes you meet some tough motherfuckers. Like, some nerd that looks like a virgin. And you think, ‘hey, I will fucking own this incel.’ A second later you find out he is a master of some weird shit. (Happened to me twice, once he got my ass handed to me, ehehhe)."

Damn! i was supposed to train karate while i was in middleschool but somehow everyone who signed up for it, was dumped since the master decided to dont move forwad with the project haha (was the first time ever that karate would be thought on that reagion, and was our only chance XD)

I know right! Man thats just the best feeling, before u get fkd by them and later even if they dont notie the changes, they pick on you and you show them who is the "king" hahahah

(Back then I was fat weaboo) cof cof i was just like that when i started kung-fu at 12 hahaha and kept being fat for a while hahah but by the time i also did acrobatics gymnastics and stufff like that, and helped turning to skinny XD

Yeah, you have pretty much all the chances to win, the fun thing is always the gun partsXD  If you go against guns, the chances drop to almost 0, unless you are in a close distance, but still risky af (i do love guns and sht, but we talking about normal fighting vs guns)

"(Happened to me twice, once he got my ass handed to me, ehehhe)" hahahhahaha thats the usual

it rly pays off all the hard trainning and time spent

something like tat happened to me less than 2 years ago again, at a bar/disco

more than one guy came for me out of nowhere but stuff ended badly for them ahha, i didnt break them or anything, just put them in a  condition that they wont start fighting again, was expeled from the bar and so where they, other ppl were amazed and shocked... honestly, i only acted like that  bcs well, i was a bit drunk already and didnt think much, and then the whole adrenaline thing and being with friends... Usually i refrain myself to the max when it comes to show off or fghting out of the right place, which would  be the tatami or the ring... OFC there are occasions we must act but even so we need to think a bit and not go overboard...

Not only is bad for u and you might ened up in jail as well but also affect those who train with you/who teaches you, the gym, the image of the martial arts/combat sport you do and so on...

During the weekend i decided to finally try out Genshin impact, after almost 2 years since it came out. Isnt that bad at all. Played just a  bit but still.  Funny bcs i was aware of the game since Day 1 and all my friends were playing it all the time, most of players of the game, left by now, since it was too much hype arround it... and that was kinda one of the reasons of me not playing sonner...im always against what is popular and tend to wait a good while till i decide to pick a thing, and just do when the popullarity dropped a lot hahah

Mostly started playing bcs one of my good friends is still playing and we spend a  lot of time together and we pla stuff like Magic The Gathering together for years, he also runs a bar/cafe, got married recently and doesnt rly have much fun/free times now(hes also building his house and had more jobs to help earn money for the construction and other matters), so i tend to go to his bar everytime i can, to make him some companny and he asked me once more to play the game with him there haha

Just venting rn: Im rly glad i got to make so many friends(maybe not so many as you would think but even if they are a few, they are good ones and i know i can count on them, ive always been this type, very few ppl who i talk to but when i do is bcs they are rly worth it)  these last years... Middleschool was rly fun bcs i had ppl like that always arround, highschool mostly was a disgrace and caused me themajority of the problems i have now... had no-one i could rly trust and all fake ppl,that even so i tried to be arround them bcs i couldnt support the idea of being completly alone, but thats what happened anyways. But uni was a bunch of fresh air, took some time but i can say that at least these past few years have been rewarding regarding that aspect.

You might find this a nonsense , and i could have just deleted all that after typing but idk... just keeping it there.

So man, feel free to tell me stuff as well if you need or want... I would be glad to interact with you. You provento be one of the best ppl i ever met on the internet ahha

And if its your desire, i might delete the stuff u send me after i read it, so info doesnt stay arround for others to see.

One of my alltime favourites when it comes to 2hu mmds

i hate the fact that we cant edit teh comments aaa

the stuff you linked is pretty nice too!

Im mostly into the oldschool stuff and the jazzy influences, stuff like that but i do enjoy stuff like what ive linked and what u sent!

Yeah, has been super tuff for everyone, specially for us that pratice contact sports, if you know what i mean. Your former dojo also closed? Mine went down for good with covid, but i think i told you that before. We are mostly doing stuff alone, and now this chance came up. But yeah.

You are tuff on karate  i see! One of my good friends from old times was a karate nerd as well, and i believe he kept at it since kid, might be on ur level now i guess. We used to fight each other all the time for fun , just to see which one is the best, kung fu or karate hahah (i did pratice kung fu since 12 or so to highschool XD)  (im a china nerd, how wouldnt i do that hhahah)

Here is some other goodness, also from china ofc haha

Currently listening to the whole album but yeah

(i dont rly watch MVs or stuff like that, only listen to full albums, songs and stuff like that but its easier to show u the stuff so i drop the videos)

but sounding wise, the track i linked u is pretty fucking good aswell