Jul 15, 2015
Read other reviews of The Rose of Versailles

Oscar Francois de Jarjayes was raised as if she was a boy, she would later command the palace guards at Versailles in the years before the French Revolution. Her beauty as well as her strong noble spirit makes her a shining figure in the eyes of both men and women but she is torn between her chosen life of service and duty to class and country and her own heart and desires. She lives in nobility amidst the luxuriousness of Versailles but her keen senses and compassion are not blinded to the poverty of the French people.

The Rose of Versailles is a TMS Entertainment production and ran from 1979 to 1980. This anime may be old but do not let its age fool you because this series is what I would consider a “vintage anime”. The animation may look awkward at times but this was made in 1979 till 1980, of course the aesthetics are going to be older than what we have now. I actually never had an issue with the animation although there are a couple visual effects that never really aged well. The one thing that made The Rose of Versailles age extremely well is the overall design. The hairstyles, the clothing, and the Palace of Versailles all look marvelous in this anime. I did some research and saw pictures of French art, sculptures and even the architecture of the Palace of Versailles and I have no reason to doubt that the French are known for their exquisite taste in art because of how well detailed French art often is. It is no surprise why France is one of the most visited countries in the world. The exquisiteness of France is translated well in The Rose of Versailles. Not only is the artwork marvelous, the character designs also stand out for the time it came out. Like I said, there are some visual effects that don’t age well but that is only the bare minimum of the entire animation aspect of this anime. There are some animation quirks but even after 30 years, it still looks remarkable.

The music by Kouji Makaino is an interesting case. There are some stringed instruments used, a harpsicord, and even violin. In other words, considering the historical account and how dramatized and romanticized it is... this soundtrack is very fitting even if some tracks are a little overused. This was made in 1979 till 1980 so it’s excused. I will say that as much as I liked the opening to Neon Genesis Evangelion even though it is considered one of the most iconic and beloved anime openings, The Rose of Versailles has a wonderful opening. I never skipped it when I was watching the show and I really liked the opening a lot with each passing episode.It is sung by Hiroko Suzuki and she also sang the closing theme which is also is a nice closing theme to the show. I however recommend skipping the closing theme for this show in its first half because for some unknown reason, there is a quote that is spoken in the closing theme that SPOILS a big plot point that happens near THE END OF THE SHOW. Good thing the quote is omitted in the second half of the series. Like I said, the music is fitting in the show.

Now since The Rose of Versailles was never licensed till 2012, it would be very odd to have a recent dub on an old series. For those that often watch English Dubbed anime, I am sorry to say this but this series is only available SUBTITLED. That should not be an excuse to pass on a series with great storytelling such as this one. Reiko Tajima was excellent as Oscar, Taro Shigaki is fine as Andre. Miyuki Ueda is not too bad as Marie Antoinette, and the late Nachi Nozawa is fine as Fersen. The main lead seiyus may have not done too much since (with the exception of Nachi Nozawa) they did excellently in The Rose of Versailles.

Some of the characters are fictional but there are portrayals of Marie Antoinette, Hans Axel von Fersen, Rosalie Lamorlière, Madame du Barry, Louis XVI and so forth that are in The Rose of Versailles. Marie Antoinette is romanticized in this series but her actions are dramatized in a way that I would feel somewhat sorry for her even though she was an infamous figure in French history. Now I may sound like I’m spoiling The Rose of Versailles but I don’t think I am because this anime is based off historical events leading up to the French Revolution. Hans Axel von Fersen makes the series interesting but I would not rather go in much detail on that since he does interact with some fictional characters… Rosalie had the most liberty taken with the historical portrayal since not much is known about her except she was the last servant to Marie Antoinette. Most of the things that happen with her are mostly fictional, but she is a nice supporting character in The Rose of Versailles. Now there’s Oscar François de Jarjayes. Oscar’s father wanted a male heir but it turned out that the child was a girl. So Oscar’s father decides to raise his newborn daughter as if she were a boy. Oscar is admired by both men and women because of her demeanor and elegance. Now looks aren’t everything because Oscar Francois de Jarjayes is a well-developed character in this show and she is one of my favorite female characters. Lady Oscar was not the first “of her kind”… you know, the lady taking on a typical male role. Osamu Tezuka’s Princess Sapphire had this similar concept where Princess Sapphire pretends to be a male knight for a specific cause. Also, Revolutionary Girl Utena is also another series with a similar concept. Even though Oscar is physically female, she is identified as Gender-fluid. There is no Identity crises addressed in this series and Oscar is a very believable and she develops extremely well in this series. Not only is Oscar well-developed, but so is André Grandier. I won’t say much about Andre because he is not as much of a special case than Oscar. I will say that Andre’s purpose in the plot is rewarding to watch. All the characters make The Rose of Versailles intriguing to watch. 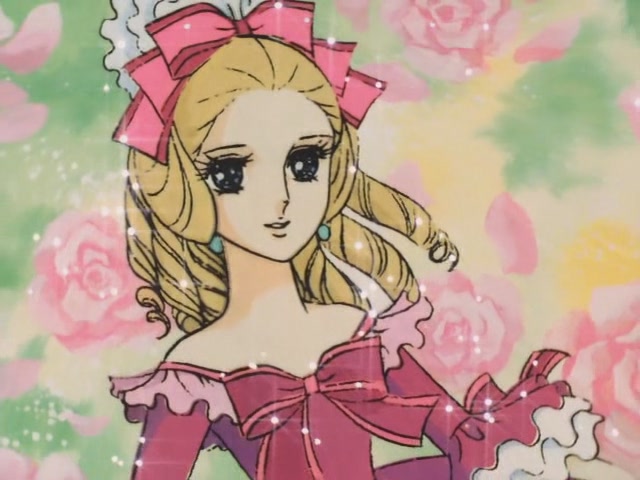 Another fascinating aspect of The Rose of Versailles is the story, I did state early in the review that it is based on historical accounts leading up to The French Revolution and for those that are into French history should not miss out on this series. It may be romanticized in some areas but the historical aspect is still kept true to the turbulent spirit of the events that are portrayed in this fictional telling of French history. The show may be slow at first but the slow pacing is excused since it fleshes out the characters. The first half of the series does focus more on Marie Antoinette and this is fine since Oscar served for Marie Antoinette, the focus did later turn more to Oscar in the second half of the series. Even though the focus is different in two points, I have no problems with this because Oscar was still treated as the main character throughout the entire anime’s runtime. There is also another thing that I should note is that the first 18 episodes were directed by the late Tadao Nagahama, he passed away during the airing of The Rose of Versailles and the remainder of the show was passed down to the late Osamu Dezaki who was known for his distinct visual techniques at his time and the pastel freeze frames are a good example because they are used in this show. I remembered the Berserk TV series had the pastel freeze frames which was kind of hit and miss except for an end of an episode. The pastel freeze frame technique however works well in The Rose of Versailles and I am glad this isn’t used a whole lot but I like how it is used in this series. 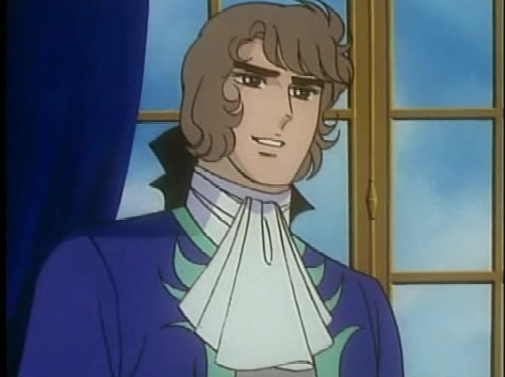 Now as excellent as this show was, I had a couple issues with the story. First off, the finale had some odd pacing in the last 10 minutes and even though it ends with a nice touch… the second thing that bothered me was one scene that the narrator of The Rose of Versailles is to blame for. The narrator did hint events such as The Affair of the Diamond Necklace and the French Revolution and this is acceptable since they did happen, but near the very end of the series, the narrator blurts out something that will happen before it even happens. The Rose of Versailles is not all sparkles, sunshines, and rainbows. This is no surprise since The French Revolution is involved but I must ask myself this… Why the hell would someone think that a narrator telling the viewer things in advance sound like a good idea? I am so glad this only occurs once, but this also took place in the final stages. For a series that was so good for the heavy majority, this only narration-spoiler felt out of place. I will look on the bright side, at least it wasn’t as annoyingly infuriating as the Narrator from LEGEND OF THE GALACTIC HEROES. I also found the last 10 minutes underwhelming thanks to the odd pacing but I am not saying the conclusion is bad, it is just had some things left to be desired. Even though I have a couple issues with it, it was still a truly excellent series overall.

The Rose of Versailles is available by Nozomi Entertainment, The movie “The Rose of Versailles: I’ll Love You As Long as I Live” was never licensed and I don’t see the point in watching it because it is a 90 minute compilation. The iconic shojo manga of the same name by Riyoko Ikeda was just recently licensed by Udon Entertainment and will at last have an official English Translation.

And now…My final verdict! The Rose of Versailles has a compelling story with believable characters as well as taking liberties of historical French figures without taking too much of what is recorded in history. This masterpiece also has a great soundtrack for its time and the animation has aged extremely well. This anime has not withered in time, it has an aroma of excellence.