Welcome to my profile, citizens! I am FateQueen, but you may call me Shuten or Nero, I'm new here and I hope to make friends! My sisters are here too! OtomeQueen PokemonQueen and PersonaQueen are my sisters! Treat us all well! To my eternal soulmate and husband, Celisti, I will always be yours. I hope you greet me when my time comes. I miss you so very much. </3 To my sisters in law, I miss you guys too... wait for me. 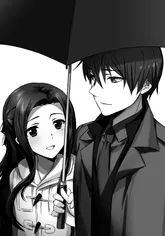 Hello miss! So what do you love most about Nero? I got a big Sagittarius friend who is a big fan of the character too.

Hey sorry or the delay.

Well,I have seen a video of a team of two El Mellois and a Jalter one shotting Beast II.Another one with Scathach doing it.

I love how Nito introduces herself and then demands respect as soon as I first summoned her.

By the way,can you summarise the Babylonia singularity plot,without spoiling everything?

I still need to roll for best girl Jeanne for the invincible and heal first,then Nero.

Honestly,as much as I’m neutral to Nero,I rather have her than Liz and Stheno(I really dislike the two).Even Raikou too,as shitty as her character design is,her attacks are np redeemed it.

Well,at least I’m going to cosplay as schoolgirl Jalter this year.I also got her banner and sword.

And btw,which quest has the highest rate of Phoenix Feathers?