Who are you? Why are you on my profile?

What do you mean by "how pathetic."

The main reason I scored the series low wasn't because I believed it should have a horror tag (though, I did dock a point or two off due to that).  The real reason I scored it low was because of the storytelling involved.

The anime appears to be following the manga fairly accurately, and the only legit (non-theory) answer to the questions about the Abyss which was "answered" was the cause of the curses which occur when ascending the Abyss (and even that answer wasn't satisfactory, as it leaves a piece of the puzzle out).

The main reason I scored it low was because at this point in the anime (and definitely the point where the manga has stalled), there should be more direct hints and clues about the true nature of the Abyss.  I've been able to discern more clues to draw a better conclusion before the "big reveal" in Holmes novels, and readers are often only given a partial puzzle in those because it's from Watson's point of view.

Without the "mystery" genre label, there should be no need to still completely hold back on revealing information about the Abyss (concrete information, not just theories and tiny hints.  In fact, more questions were answered in the three part manga special in regards to the Birthday Disease than in the entirety of the anime and manga thus far...and even those are indirect and can only be called a theory).

While I understand that there are parts of adventure genres where most questions aren't answered until the end, I have very rarely seen an anime or read a book or manga which didn't slowly reveal pieces of the puzzle; that's good storytelling.  Only giving a fraction of a puzzle piece and having readers/viewers guessing throughout the entire adventure is not good storytelling.

I've been a bookworm since I was a little kid (I've read many levels and genres of books, and started reading adult novels in 2nd or 3rd grade.  Plenty of those were adventure fantasy novels, which are the official tags of this series...and none has ever withheld so much information this late in the adventure)...and I myself dabbled into writing (novels, short stories, visual novel games, and my own manga).  I've been to writing group meetups and other similar events, so I can say with confidence that a method of storytelling where the reader (or viewer in the case of an animated adaption) is barely given any information about some mysterious place this far into the story (they're on, what...layer four or five, right?  The manga has them around five or six...out of seven layers) with the only answered mystery being about the curses while ascending (and not even that answered fully, as we still don't know why it's worse going deeper, or how the monsters which live in the Abyss can ascend without any problems) out of a slew of questions about the Abyss.

At this point in a novel, I'd say it should be near the end of the rising action and headed towards the climax (since they're so close to the seventh layer in the manga, and getting closer in the anime)...but it feels like it's still stalling at the bottom between the exposition and rising action.  At this rate, we're going to have a dozen or so things thrown at us all at once, which honestly is terrible storytelling.

That's the main reason I gave the series such a low rating...though yes, the unlabeled horror (and tipping into "loli", as I've seen plenty of anime with characters around that age and never saw such blatant sexualizations of them) also had a little to do with it.  Mostly, it was due to the poor pace of the story; perhaps that wasn't explained well enough in my review.

Everyone has different thresholds when it comes to gruesome scenes.  I personally found the scene with those mimic-birds to be disgusting, and if it follows the manga (which it's been doing so far), the series is only going to get worse in terms of blood and guts.

As what's available of the anime progressed, and especially the manga, the concept of the series also did dip into what I would classify as "psychological horror".  The anime isn't quite at that point yet (though what I did watch certainly edged towards it), but it's following the manga down to chapter titles; While some of the things they encountered certainly were bloody thus far, it gets worse (including scenes of kids being dismembered and turning into bloody piles of oozing creatures).

It's not just the scenes of blood and guts (currently in the anime, there aren't nearly as many as the manga; just wait until the fifth and sixth layers, or go read what's available of the manga and try to tell me it shouldn't have a label of "horror"); like I said before, it's the concept.  While a lot of it is still a mystery because barely any questions are answered, there are hints of what the Abyss is (which has led me to some theories), and certainly as I was watching (and then reading) it felt more like they were descending into some hellish place where everything wants to kill them rather than a trip of discovery.

Humans are violently reconfigured (as evidenced already in the anime by the lady they met on the second layer), dead things can be reanimated, and the manga delves even deeper going so far as dismembering kids and removing organs while they're still alive.  It has nothing to do with being "triggered" (which, by the way, nearly made me not respond to your comment since that word is an internet slang that children use).  Zombies, dismembering (especially of children who are still alive), and humans being horribly reconfigured into monsterous forms classifies as "horror" whether someone has a high threshold for it or not. 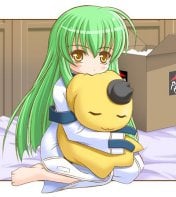 Lol, in response to your comment on roricons profile, I completely agree. The guy is such a pessimistic idiot he could use some weed.

Don't forget to add an avatar!