In 2016, I chose to start a marathon of every Macross entry and likewise read up on them. Before I started Macross Zero, I already knew it was a prequel to the original 1982 Super Dimension Fortress Macross. Based on the synopsis that I saw, I didn't think much of it since it sounded the least like a Macross entry. That's not necessarily a bad thing, but most of what I recalled at the time was that Zero would involve the protagonist being stranded and several people were gonna get some new and more powerful mechs. I was the furthest thing from excited as my expectations for Macross Zero were that I would be watching something very generic.

I was taking a break from watching Macross 7, when some of my internet antics helped me discover the aesthetics of Zero. 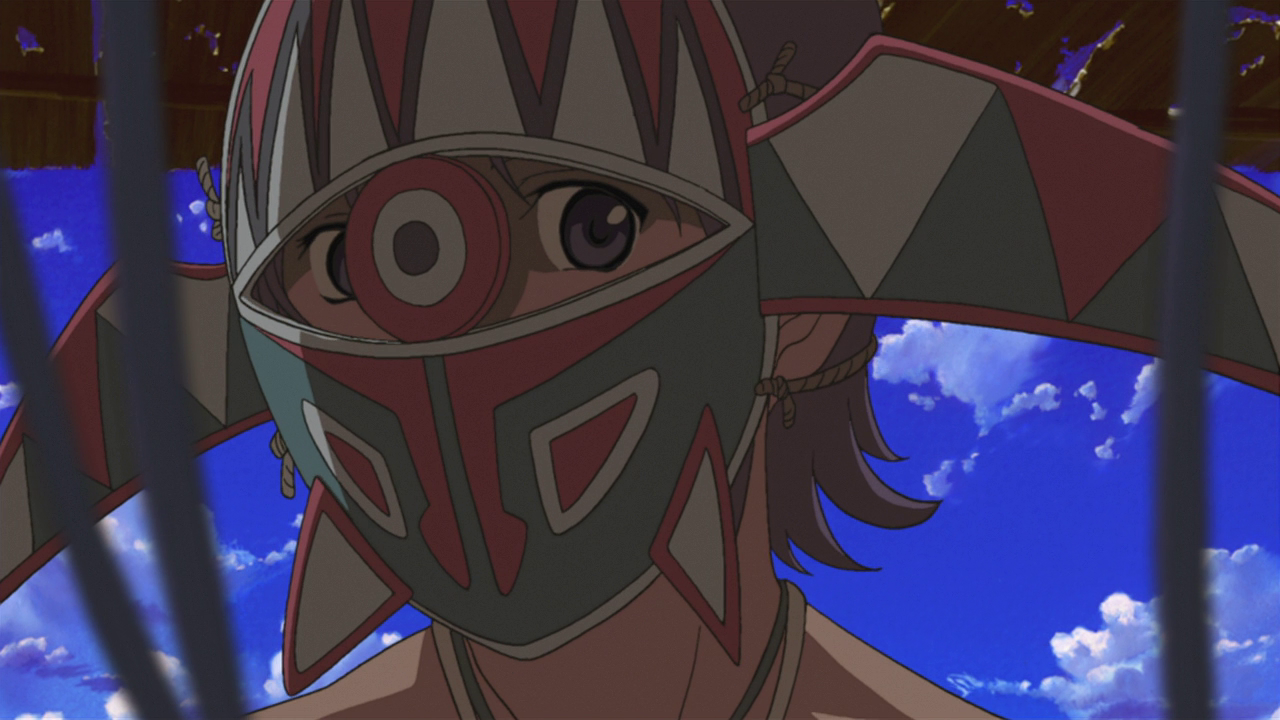 I was mesmerized by the tribal aesthetic so much that I then proceeded to drop everything I was doing. "Forget 7 for the time being, I need to watch this series" was essentially my reaction. The series taking place on an island also appealed to my love for settings on/near water.

So yes, it is about pilot Shin Kudo and him ending up on a remote island. However, it doesn't take long to realize this island knows more about outside culture than it initially seems. And from there we have an incredible and fascinating story about the evolution of humanity.

Macross Zero is mostly a science vs religion story, but it doesn't stop there with the parallels. The series has a message about how everything is connected and supports each other; it stretches far and wide to find as many parallels as it can—either for opposing arguments or to show how alike we all really are. 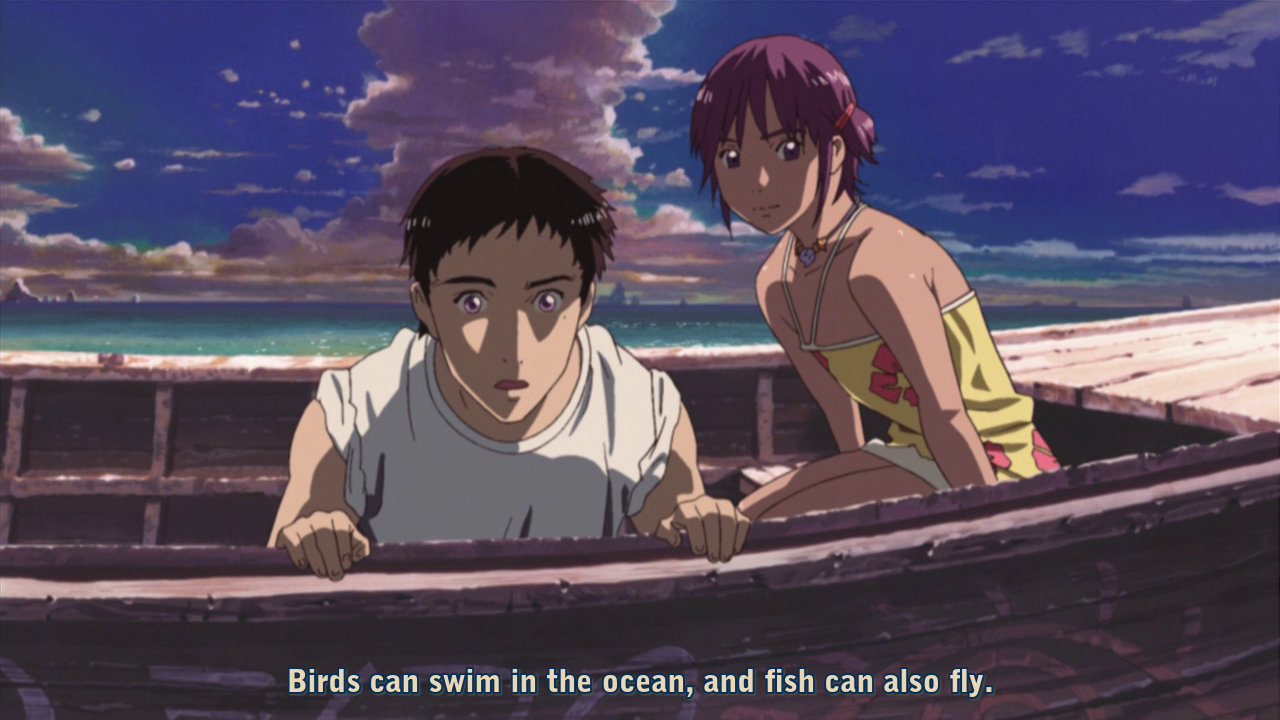 We see how the civilized humans and the islanders react differently to technology, superstition, war, and the blending of cultures. This is where being a prequel really comes in handy in looking at Macross in a whole new light. What was once the norm is now so unfamiliar that science fiction has essentially turned into fantasy. 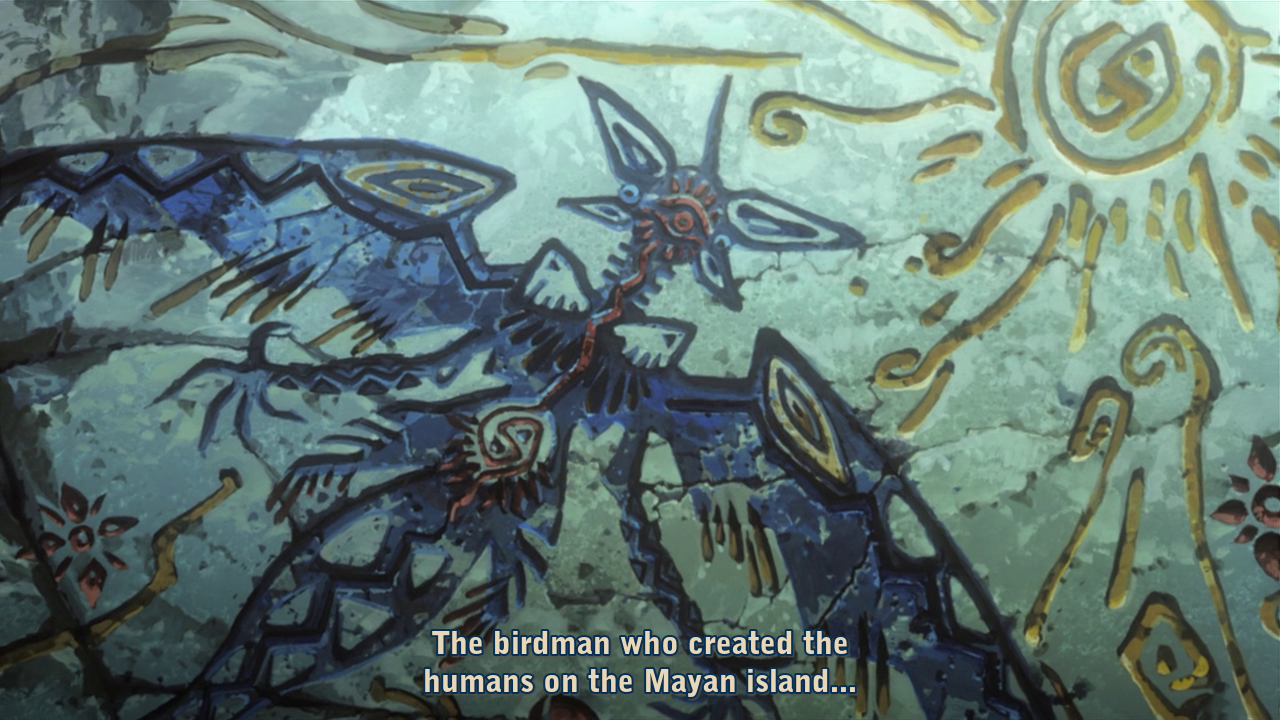 It all ties together splendidly with what we understand about Macross as well. For me, Zero was the start of Macross becoming my favorite sci-fi universe. The Protoculture/birdmen, humanity's inclination for war, and music being a power source are very fleshed out here. Up until this point, watching the franchise in release order, I hadn't ever been more engaged by it.

I don't mean to beat on the other Macross entries too much, but the inclusion of idols and rock stars has always been one of those boundaries that ask for a lot of suspension of disbelief from me. Up until Zero, I thought Plus was the only entry where it wasn't goofy. But here, as the music is a slow and enchanting opera, I've never been more enticed by its presence.

I wasn't sure who did the music, so I looked it up and found it to be composed by Kuniaki Haishima—same composer for the legendary anime Monster. While I rarely ever noticed Monster's soundtrack all that much, the soundtrack for Macross Zero has become one of my favorites of all time.

But there's more than just music this entry takes more seriously. This is honestly the most mature I've ever seen Macross be. This is a genuine war series wherein lifestyles and societies are colliding. A lot of the more specific and darker extremes that we can come across in society are only mentioned in passing, but they are acknowledged to exist. This is a series that doesn't ignore what starts wars, creates segregation, and prolongs prejudices. 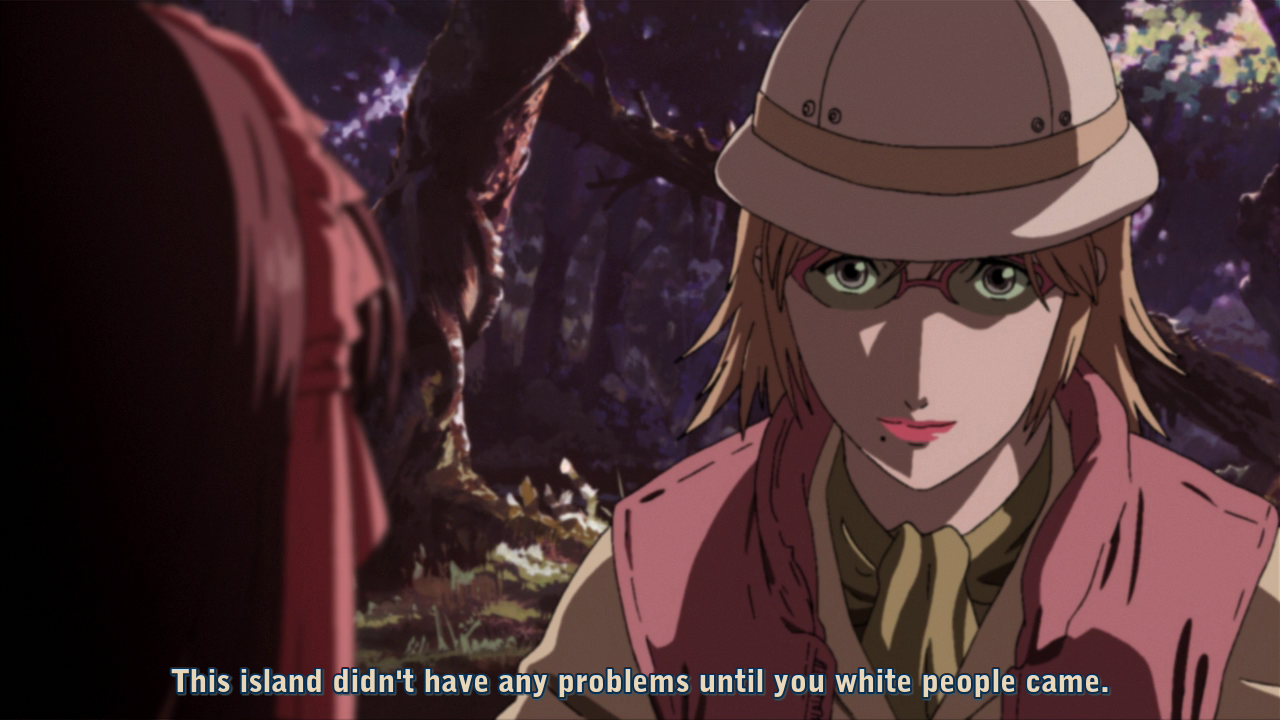 Honestly, I just put this here because I find the quote funny out of context.

What I was most shocked to see was a display of child nudity for one scene. It wasn't portrayed as anything bad either—wasn't even acknowledged to be honest. It's just one of those moments where you'll have to remind yourself that the tribal culture is much different from our own and it's up to you to not be offended by it.

Moving onto characters, Shin is clearly the one that develops the most out of everybody. He starts as a bit of a loner, is very accustomed to technology, and his initial interactions with the islanders lead to a small side plot related to him fixing a generator for them.

After becoming more open-minded, he learns to respect everyone. Shin comes to understand that we're all people who feel the same emotions no matter our walk of life. His caring for the islanders and even being able to open himself up to others, without needing to change his ideals, is the ultimate point of his character. 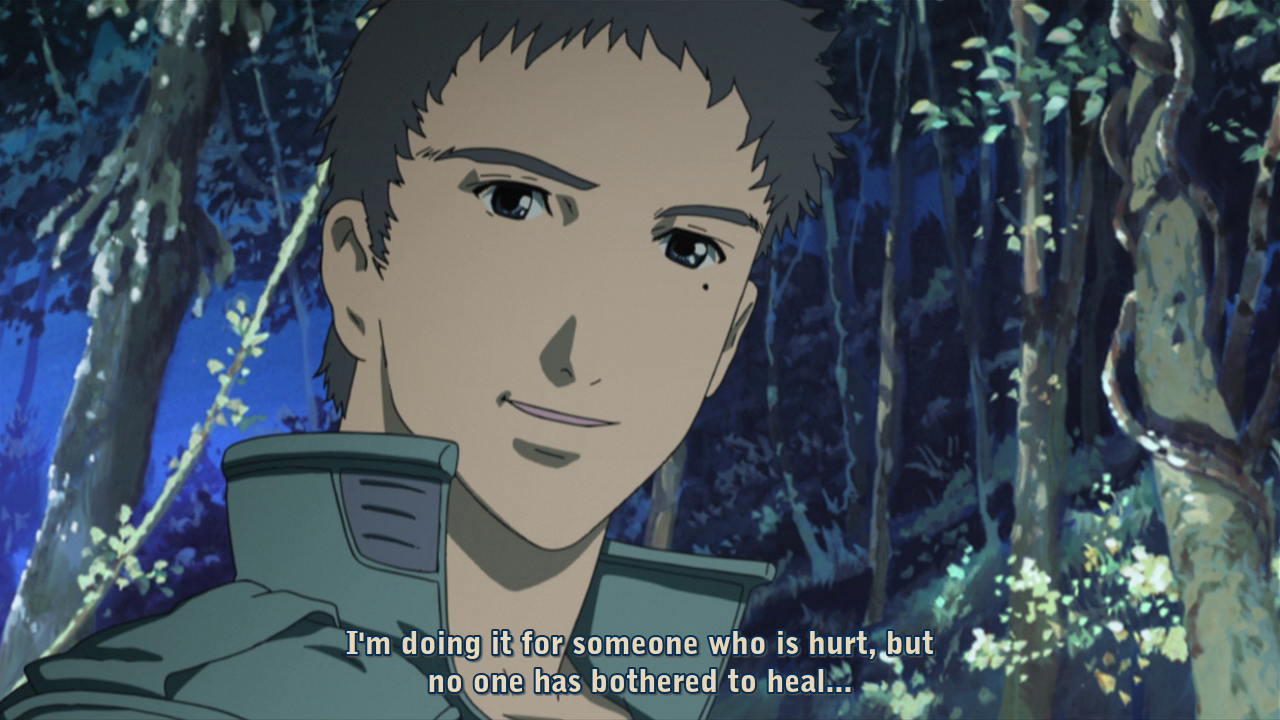 The Nome sisters are interesting oppositions to Shin and also to each other. Mao Nome is a fun and gleeful girl who dreams of the city and tries to interact with Shin as much as possible.

Sara Nome on the other hand is very committed to her religion and wary of outsiders. She often expresses how dangerous she believes them to be and that she's upset to see city life steal so many people from the island, but that isn't the entirety of her story. 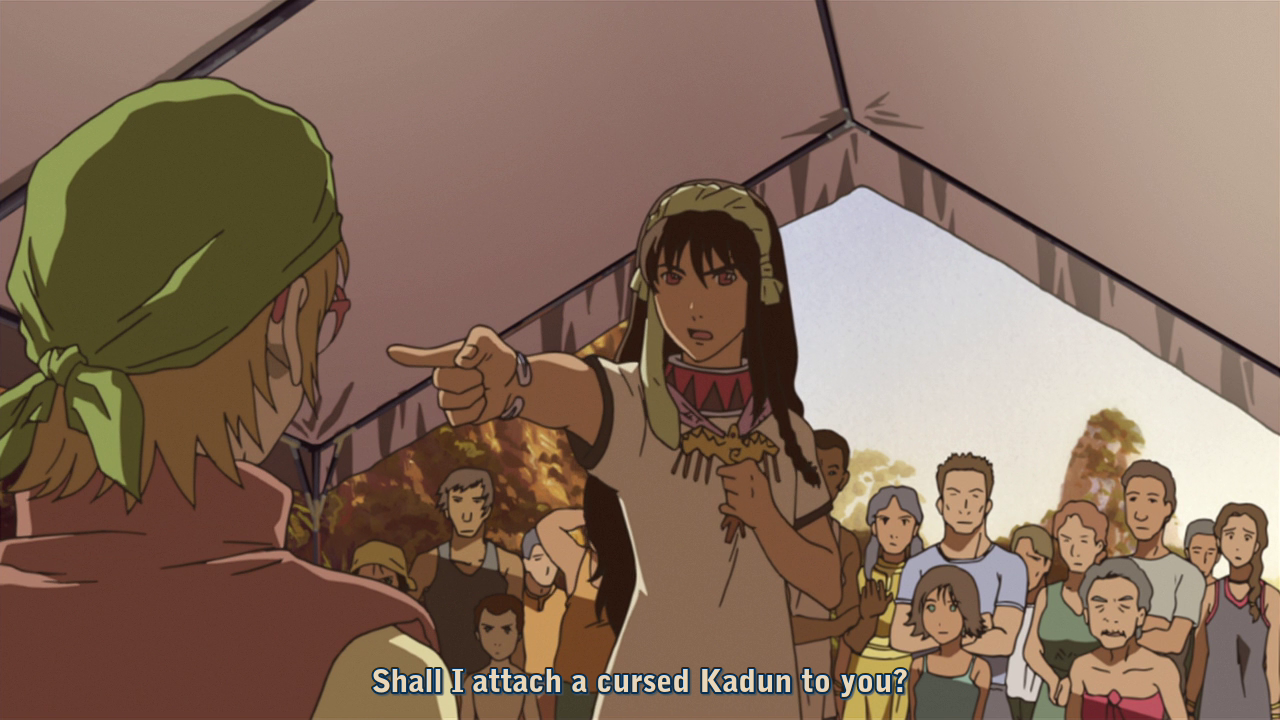 Mao's my favorite of the two because of how she's not biased to one side. She seeks the convenience and entertainment that comes from technology but still appreciates the island's natural wonders. I think that's best exemplified when she takes her time to show off the island and the sea to Shin in what I find to be an incredible sequence. 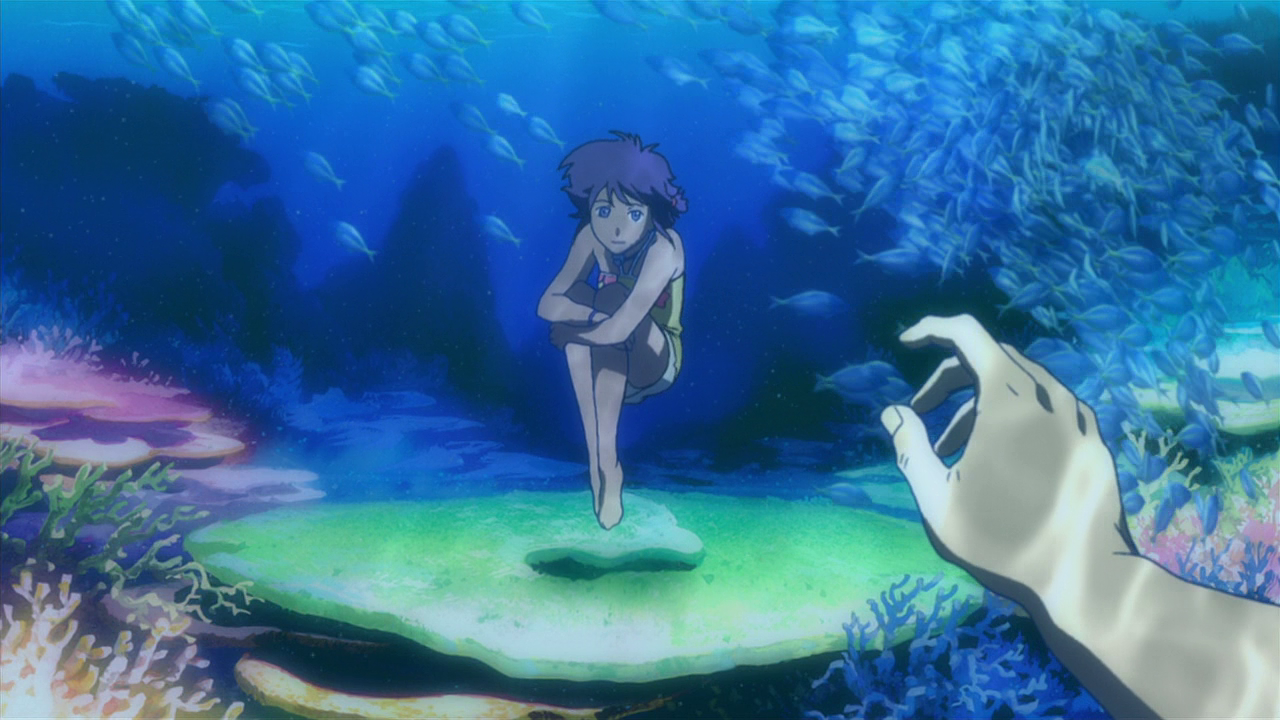 No one else is worth noting all that much, but for people who saw the original series, Roy Focker returns as a main character. It's not really an origin story, but we get to see more sides of him on top of the many faces he already had in the original series. 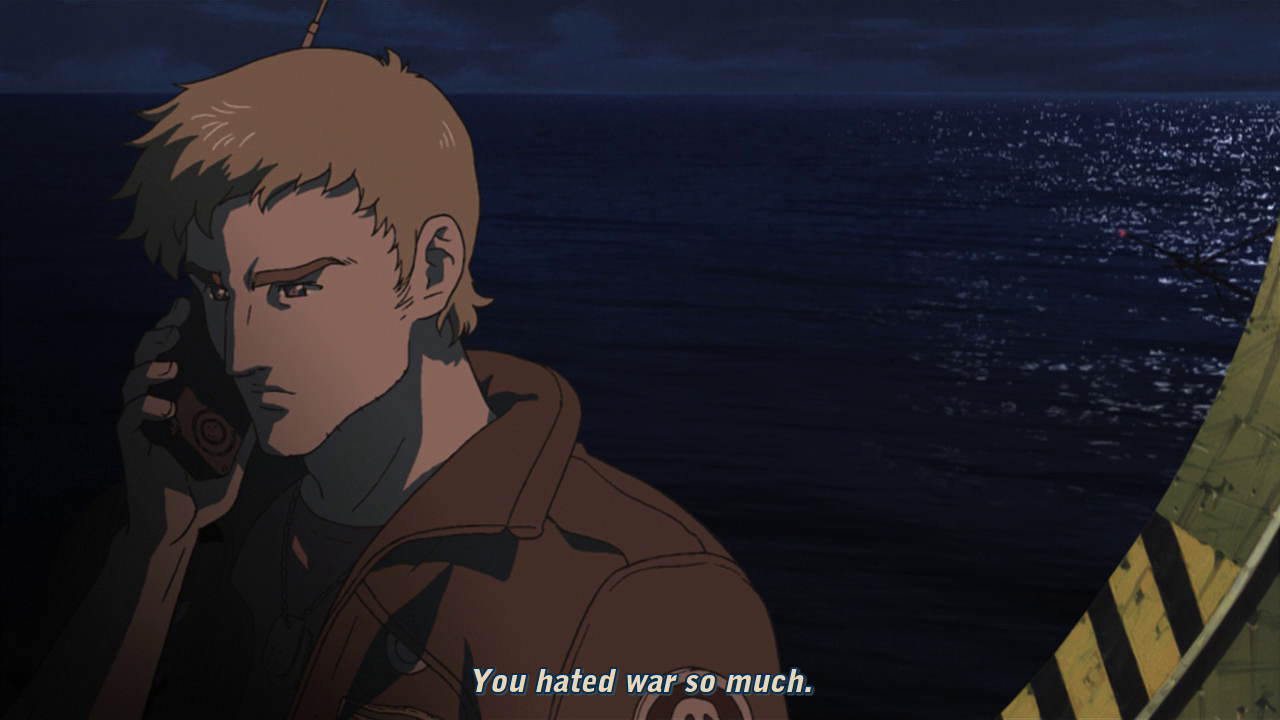 This is my second favorite entry in the entire Macross franchise, but I think it is the best written. It's also incredibly accessible to anyone who hasn't seen any of Macross yet. Not all prequels are this privileged to be one of the best entries in its franchise, have no reliance on previous entries, and spoil nothing of the upcoming chronological entries. Thematically, I love how this series is all about blending—to the point of which its themes and characters even ooze out onto the product itself where it feels the least like Macross ever has despite it hitting all the same notes that every Macross series does. When it all comes together it makes for a story that may only take place on Earth, in comparison to Macross's other space adventures, but the scale is one of the most epic. 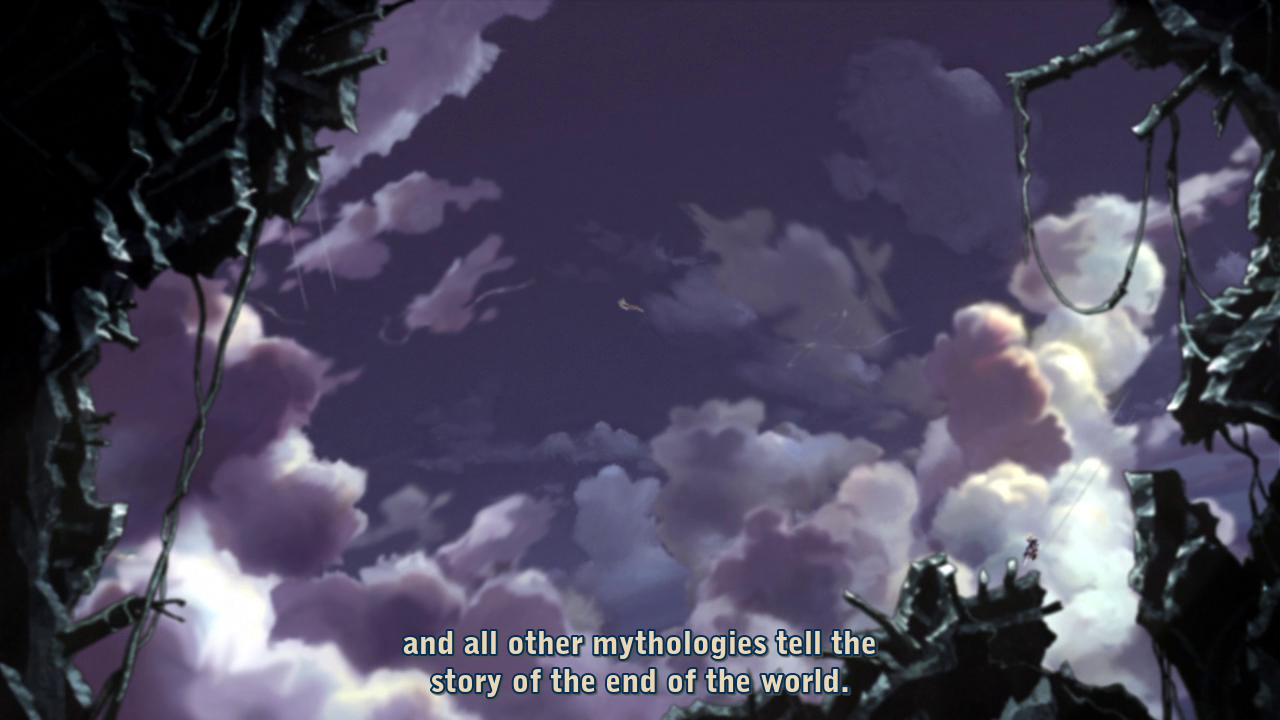