When I started watching Tenchi Muyo, it was meant to be a quick one-and-done session of Tenchi Universe and its respective movies. I was not anticipating the enthusiasm that would follow from people I knew online and offline to see me watch more. I didn’t have any 90s nostalgia for Tenchi, let alone as an American who would’ve watched it on Toonami at the time. They sure could make an awesome commercial to hype up this franchise though.

And so I went down a rabbit hole: Universe, In Love 1 & 2, Ryo-Ohki seasons 1 & 2, Galaxy Police Mihoshi Space Adventure, Magical Girl Pretty Sammy, and finally at Tenchi in Tokyo. They have varied in entertainment up to now, but I wouldn’t be watching this much Tenchi if I didn’t enjoy it. Nonetheless, none of them really deserved a full writeup in my opinion. I couldn’t do any better than great YouTube videos like Hazel’s on Tenchi Universe anyway. But I was pretty ready for Tenchi in Tokyo to be a black sheep in the franchise.

It exists in its own continuity shared by no other series. And the more I watched it, I felt like I had an understanding as to why. I wasn’t there and I’m no mind reader, so maybe I’m reading into it too much, but there’s a strong difference in its storytelling style compared to the rest. Tenchi is 17, not 15. He’s worried about adult life and wants to change the status quo, not maintain it. He has a girlfriend and isn’t freely available for his harem to fight over. Every character goes their separate ways, not sticking together like unbreakable glue for the entire run. And there’s this new visual theme focused on jewels and each one representing a character.

Most of what this show does share in common with the other entries is borrowed from Tenchi Universe, so I like applying a little headcanon regardless of what scenes confirm otherwise. Kiyone (best girl) is in this series. Tenchi’s mother is Achika. Washu and Ryoko have no blood relation. It’s the lore you’d only find from Universe, as the Ryo-Ohki timeline has entirely different lore of its own. I’ve since bought Universe, the In Love films, and Tokyo because they do feel like a trilogy to me personally.

After all, Tenchi in Tokyo isn’t actually set out to change what fans have become comfortable with for simply no reason. The objective is to save the status quo as it always is in every entry–the ones I’ve seen anyway. But this show delves far deeper into why that matters. Why should Tenchi stay home and not move away? Why should Ryoko and Ayeka be allowed to fight every episode? Why should Kiyone and Mihoshi never accept their promotions to leave Earth?

To put this into perspective, Universe only showed Tenchi in school and visitors coming to the Shinto shrine in the very last episode. In Ryo-Ohki, Tenchi’s school is blown up in episode 1 and I don’t recall the shrine ever getting any customers at all. The adventures are fun, but Tokyo takes things a step further by creating a setting that actually feels lived in. Tenchi moves to Tokyo and finishes high school there to pursue an education in becoming a Shinto priest. He’s at school in almost every episode and we get a more clear picture as to what his Shinto duties entail. It’s concise worldbuilding that the other shows, despite how charming they are, can’t seem to nail.

Space has always felt fun and alive, but I care about Earth just as much because the majority of this series is still on Earth. Tenchi’s house is almost a character in itself, and yet we knew nothing about where it was in relation to the rest of society. Ryoko has an English dub exclusive line at one point where she claims “Space is big and empty. I belong right here.” This line is in contrast to “Staying on this planet means something to me” in Japanese. Setting aside just how much better written Tenchi’s dub consistently is, it’s important to make Earth feel like it matters to the audience because it’s supposed to matter to the characters. There’s a reason they chose to live on Earth as opposed to space. And Tenchi in Tokyo not only does an amazing job at drawing those parallels, but also at making the characters regret the actions that motivated them to leave in the first place. For example, Ryoko goes back to being a space pirate. For the first time ever, we’re seeing her steal and pillage with an army of bandits under her control. She exudes the force and imposing fear she’s known for, but never seen until now. And while that does feel cathartic, we gain an understanding of why this lifestyle ultimately isn’t for her regardless of how good at it she is.

I likewise got to give credit to the characters who don’t falter. Just because Tenchi has left and has made his feelings clear that he doesn’t prefer any one girl over the other, made evident by his new girlfriend Sakuya, Ayeka and Washu work together on saving this fragile friendship among the whole group. And this is where Tenchi in Tokyo really started pulling on my heartstrings. Regardless of the romantic hijinks, the shortage of money, and the constant chaos these girls create, their bond is worth saving (in any series) because it’s what they love. It’s not that Ayeka and Ryoko only love Tenchi, they love fighting with each other. It’s how they express themselves. This affinity is everywhere and extends to everyone. Ayeka and Washu being the heroes of this story is unique as these two characters rarely get screentime to bond in an exclusive manner. Kiyone gets the promotion she always wanted and leaves Earth, but still brings Mihoshi with her. Mihoshi made them crashland in the first place, and yet Kiyone showing Mihoshi sympathy naturally carries over into Kiyone realizing she abandoned everyone else. And Sasami’s inherent innocence creates a heartwarming ending for the main antagonist of this series, Yugi. We’ll overlook that she’s killed like millions of other aliens. This is a shounen series made to hit you in the feels and that works just fine.

I’ve written all that and I feel like I’m heavily missing out on the details of what Tenchi and Sakuya provide this story. Are they just catalysts to move the story forward? …Yeah kind of. They still get their fair share of screentime and are sincerely cute together. Ultimately, there is a story connection that justifies why it was important to thoroughly get used to these characters. Tenchi and Sakuya may be avoiding more of the central battle taking place than avid Tenchi fans are used to, but it does thematically match up with Tenchi’s efforts to live a normal life. He can’t become an adult and still babysit these crazy girls. He can’t get a job if he’s being pulled into more alien adventures. He can’t bring a woman to a home of more women. And I shouldn’t forget to mention that Matt Miller’s stellar performance fully sells just how stressed Tenchi is with it all. That doesn’t completely change either, he isn’t gonna stop getting older; but he does want to make a greater effort at balancing both sides of his life by the end of this journey. He regrets not being there for the girls in their time of crisis, and it shows in his actions during the finale.

Much in the same way the characters realized they had feelings for each other they didn’t know were there before, as did I with Tenchi Muyo as a whole. When I finished Universe, I wasn’t fully convinced why the status quo was worth saving. It took Tenchi in Tokyo being literally about that theme to wake me up. It’s my favorite Tenchi series because I was taught why this franchise matters. And now it matters to me too. 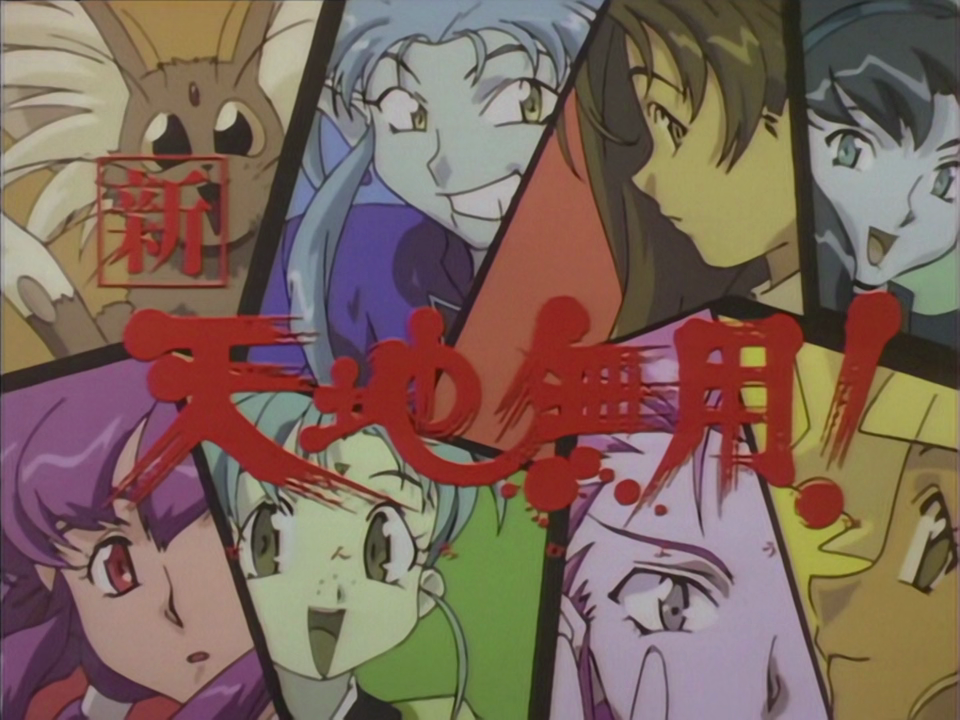