I know Gogoanime has the 23rd episode but thats about it.

I started a convo with u on here do u know how to get to it? 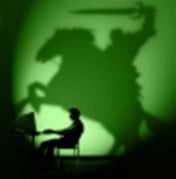 Well, it has been a long time since I watched that show. It was never released on the air, but instead released on dvd out of order. It apparently has still not been translated to English. I watched the Japanese version and used Wikipedia’s episode list link as a guide to what was going on. I know there was at one point a few episodes subbed in Spanish and Russian. But, it seems those have been taken down. I recommend using YouTube to watch the episodes and also looking up a youtuber named Talkernate History and viewing his detailed review of each episode.