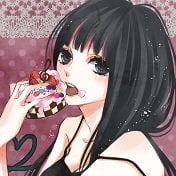 No thank you for responding at all especially when I was so critical at the time and I can understand that fanservice will upset some people and I agree that a lot of the fanservice in btoom! was unesscary. It is scary the lengths at which authors will go to undermine a good story at heart, I guess being a male has its benefits as I am more tolerant of fanservice. Why I find the series so appealing is because of the issues it deals with and that its a survival game and in my opinion that part of it is better done than its competition such as SAO, Mirai Nikki and the Fate series.

Of course I am not saying the series as whole is better than Fate or mirai Nikki but the survival game aspect is better done but the real appeal is how it makes a mockery of those who enjoy mindless FPS games like the Call of duty series. While it doesn't use guns it is obivious in its approach to theme that is what it is relating too as most people who play Call of duty online don't even think there is anything wrong with what they are doing so it would be interesting to see how they would react if put in a real life re-actment of what they do in their game as dark irony.

Well these are just my reasons for enjoying the anime I guess it resonates with me more as someone who enjoyed battle royale and someone who likes to game. Also don't feel the need to answer all of my rambling I am just thankful to converse with another on this series. Also 100% agree with you Asuna and am most grateful to see someone who truly understands she is a poor character. The faster people realise this and dislike characters like Asuna the faster we will finally get decent female characters.