How has life been goin' and what new anime(s) have you been watching? Lately, I've just watched FLCL and started to get back on track for season two of Attack On Titan. FLCL was really good, but weird & funny. I cannot wait to watch the second series (Progressive) sometime soon since it finally aired in the US.

However, I've also finally got my brother to watch some of Magic Knight Rayearth with me more recently because he & I were discussing some of Clamp's works I've been into last month. He said it was pretty good so far, but there is much of more for him to watch. It has been a while since I've last watched Magic Knight Rayearth, and still is on my top 25 ever since my first viewing back in 2012. Also this year marks its 25th anniversay of the original manga for the series, too (for which I'm currently re-reading again). (Geez, I even have been doing some fan art for it again on DA, too) And I am still glad to see you've enjoyed both versions of Clamp's great work, as well would like to discuss about the series with you since I cannot stop thinking about it because it's one I still liked best out of in my opinion. So, to start off with... which characters or episodes (did you liked most)? And describe your first-time experience with the series & your overall thoughts. For me, my favorite characters would have to be (& always will be): Hikaru, Fuu, & Umi. There was lot of episodes I did enjoyed seeing most in the anime and I think the best ones would be the first dozen & then maybe the last one (since it had quite a impacting ending). Before I even got into reading or watching the series was when I first saw a classmate of mine in 5th grade having a copy with her to read for which that would lead me to discovering the series years later. Little trivia: the little bunny-like creature Mokana was personally named right after one of the team's co-creators. Pretty much, that is all to say - although it's little long but it's a start.

Oh, also I plan on watching the first season of Slayers sometime this summer, too since I've watched the second season for which I truly enjoyed the most. :)

Hope all is going well and keep watching some more good anime. :)

Yeah totally agree, just look how cute she is : 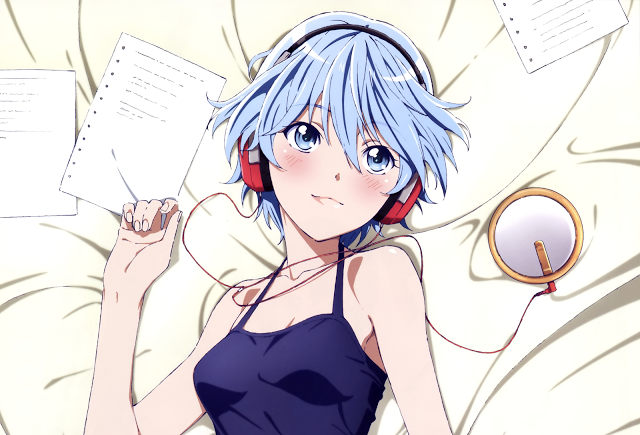 Just found you on MyWaifuList while I was gonna claim Fuuka :)