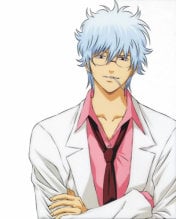 Hello there everyone. My name is Daan and i live in the little country the netherlands and am 24 years old.  My hobbies other then watching anime are hanging out with my friends, travel around the world, going to concerts and festivals,watching movies and almost every thing that has to do something with Japan. I also do a lot of Kendo, Squash, some Fitness and i also bicycle 2 hours a day.

I am studying Trade Management aimed at Asia and hope that i will end in Japan working for Fujifilm (worked here before). Because i really would like to try to live in Japan !!

I have been to Japan twice, first time when i was 20 and traveld around Japan for 12 weeks wich has been the best time of my life !! 2 years later i went back for 7 weeks, and wich was just as amazing !! If you ever want to know things about traveling through Japan, let me know i will gladly help you ;)

Futhermore i hope to meet a lot of nice people and have a nice time talking about anime's and stuff. So see you around !!

My way of rating;

1; Very, very bad, a little bit better than a disaster.

2; Still not good. There were some points i did like....maby. More bad points then good points but if you like the genre you can still try it out if you want. (wouldn't recommend though)

2.5; Not bad, but also not really good. This anime had some good points but also some bad points in it. Still can be enjoyable though, so try it if its your kind of anime.

3; The middle mode. These anime are not really good but still have enjoyable moments.

4; Very good. These anime are really good. I can recommend these anime, even if it is not your genre.

5; WATCH IT NOW !!!!, i can only say that these anime are really masterpieces. Only the best of the best get this rating. So if you dind't watch it yet; Start watching !!

I still have my nakama... (Monkey D Luffy from One Piece)

If i give up now, i'll regret it forever ! (Monkey D Luffy from One Piece)

Because i'am Whitebeard (Whitebeard from One Piece)

But i love you, son, even if you are a fool. (Whitebeard from One Piece)

I take a potato chip and eat it !! (Yagami Light from Death Note)

I am going to take you home !! (Rena from Higurashi No Koro Ni)

Don't believe in yourself.... Believe in me, who believes in you !! (Kamina from Tengen Toppa Gurren Lagann)

I'm sorry I'm late. I got lost on the path of life. (Hatake Kakashi from Naruto)

I'll give you 300 yen (Sakata Gintoki from Gintama)

Do you have any idea how stupid we are? Don't underestimate us!!! (Sakata Gintoki from Gintama)

Okay, here's the plan: We go in, start hitting people, and see where it takes us. (Maes Hughes from Fullmetal Alchemist)

Would you like to see my daughter? I have some pictures right here ! (Maes Hughes from Fullmetal Alchemist)

(For instance, your blogs posting your thoughts and commentary on anime you watched can be moved to the anime's Discussion topic in the site’s Forum or to a Review of the anime on the anime’s Main Details page.)

Why thank you :D

I really like your signature, it brings back the good ol' feels of Shanks and Luffy T^T 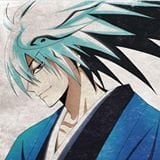