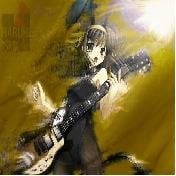 May 20, 2011
Read other reviews of First Squad: The Moment Of Truth

First Squad had an interesting mix of action and the supernatural.  I think what struck me the most in the OVA were the interviews of war veterans and historians.  They made it seem historical and real.  I myself thought that the movie was real for a few minutes.  What had me on the edge of my seat was the chase scene on the train and build up to the final battle.  Then it happened to fall flat on its face.  The final scene seemed to be over in a blink and the ending left a dry taste in my mouth.  The whole thing itself made it seem like the pilot episode of a series.  The flashbacks left unanswered questions and made the OVA seem even more like a series.

The animation had a certain newness to it even though it looked old.  This was the first time I had seen this kind of animation and I was ver impressed.  The only thing that bothered me was that the interviews would appear at the most unnecessary of times.

First Squad had no official music and I really didn't pay attention to much of the music itself. The sound effects and the fact that the characters were speaking Russian through me off since I had expected Japanese.  I was pleased by this though.

The characters is really were First Squad encounters problems.  The characters are very confusing in the fact that some of them aren't even known!  While the producers tried to delve into the character's backgrounds, it just didn't really tell much about any of them.  The fact that they don't explain to us who the old man is and what his connection to Nadya is frustrating.  The characters just weren't developed enough in the film to make anyone truly become attached to them.

First Squad was an action packed and suspenseful film that just didn't seem to be heading the direction it was trying too.

yeah this definitely looked like there was gonna be more but i guess they just ran out of funds, or something along those lines. also loved that it takes place in russia, and ACTUALLY has russian voice actors. Its a shame that it couldnt continue :(