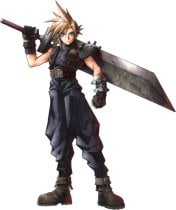 Well  pretty much I got into Anime in 7th grade via the gateway drug known as DBZ (Thanx Toonami).  I quickly learned that I could not survive on Cartoon Network fed Anime alone so I branched out. Sadly during college girls and partying took priority over anime. Since I graduated though I’ve been trying to get back into the hobby but I’m picky and don’t have a lot of free time; Netflix helps but not enough. I’m not really into Manga at this point but who knows.  I would like to learn more about anime so anyone willing teach I’m all ears.

Encourage CloudStrifeVII to add some by leaving a comment below!