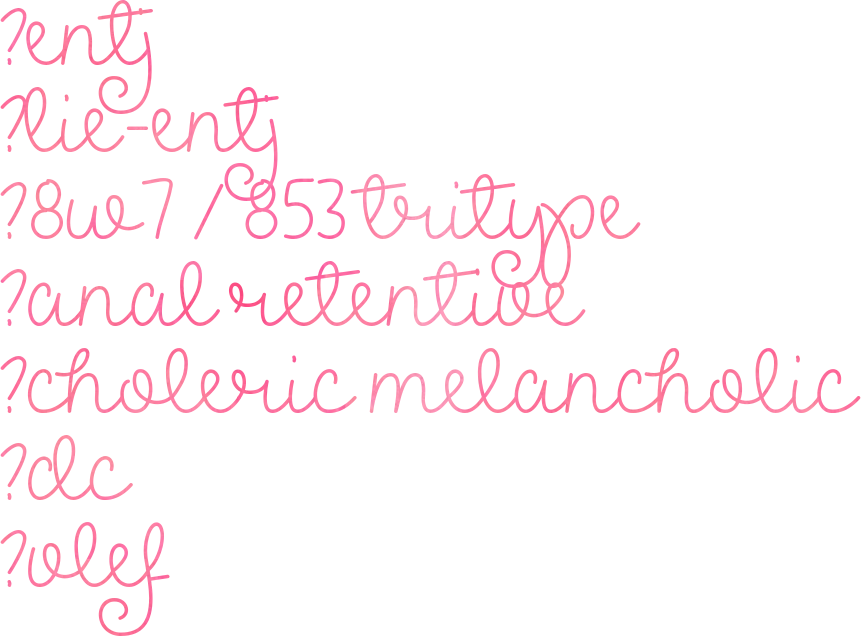 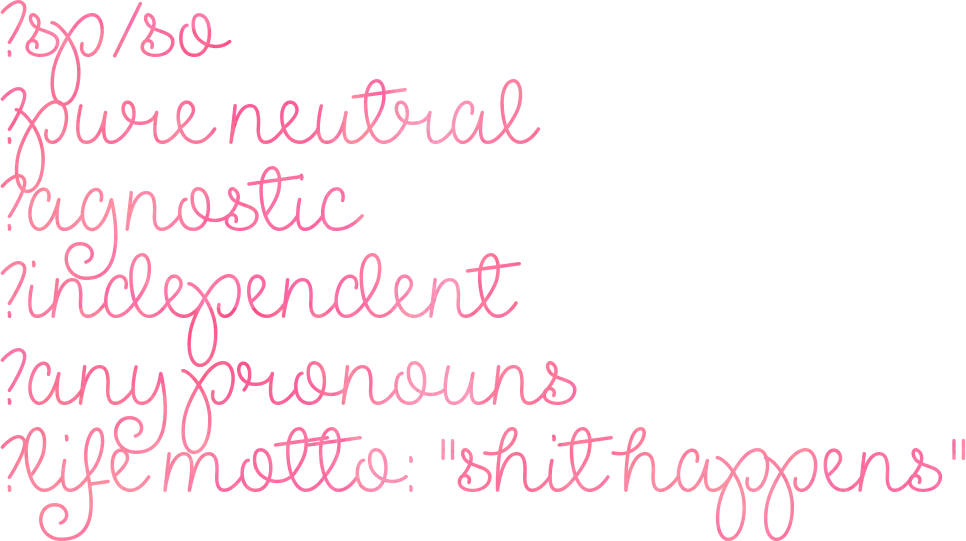 Encourage Ciradyl to add some by leaving a comment below!

hi hi, I read through your bio and it looks so pretty so I followed you lol

How are you doing this evening

sorry for the late response. I've been inactive here due to my personal or private matters if that's how you say it lol. but anyways, how are you doing? I hope you're doing great. so, well, regarding about your sarcasm, if you ask me, I won't mind, don't worry cos I'm not affected. like you said, it wasn't by no stretch rude and I understand that. and thank you if you can appreciate me for what my personality is, I am so flattered. although you find it difficult yourself to believe it if it was genuine or not, I shall say, it is truly genuine. most likely, what can I gain from being like that? I mean, I can show people who I really am and I ain't scared of expressing myself. and the fact that I have trust issues is why I'm depending on it- frequently.

I've been watching anime since I was in grade school... but of course, if we are talking about these days, I spend all day watching it. most of the time, when I get bored. what about you?

Hi Ciradyl, sorry for the late reply, I always get very busy with work during this time of year.

I don't have any issues with AoT storytelling so far, I think Wit's team did an excellent job of adapting the manga and as far as I understand, they even fix things from the manga, like the political issues that most people said they were boring in the manga. My comment was in regard to the new directors from Mappa, Jun Shishido best work is Hajime no Ippo: New Challenger, which was quite good, but then the sequel Hajime no Ippo: Rising, is lackluster in its storytelling, more specifically I'm referring to the adaptation from the manga, you know in the manga you may see a punch, but in the anime version they have to actually create the motion, the sound of the punch, the colors they are wearing, etc, that part of the storytelling is left to the director, and he has been ok, but not great. And it seems that he is only the supervising director, the main guy directing the new season is Yuuichirou Hayashi, whom best work is probably Dorohedoro, which is visually striking but a lot of things make no sense in the storytelling (especially in fighting scenes) and that is despite the fact that this is a wacky story. I can only hope they complement each other and do as good of a job as Wid did.

Regarding Naoka Ueno yeah, I didn't like her at all, she immediately starts bulling Shouko again as soon as she sees her as a teen, and only stops her behavior due to the pressure from her other friends that have been feeling guilty for their behavior all these years, not Naoka, no, she never even apologize (Although I been told that everyone apologizes on the manga, but since I have only seen the anime version I have to go with that). She wants Shouko to express her true feelings, but the way she goes about it is to isolate her at the park from everyone else so she can hit her and blame her for everything without taking any responsibility for herself. And is clear that she understands everyone's feelings and their limits very well because when she finally decides to take action she forces everyone to confront each other and end up fixing things in the end. But she does that not because she wanted to help, but rather because by that time she knew she was getting on everyone's bad side (as she constantly asks if they hate her), and she is finally developing a conscience that is bothering her, so she decides to help to make herself feel better, not because she wanted to help the other person. So yeah, not my favorite personality. She is a good character for the story that represents that kind of behavior, but not my favorite type of person if she were real. Is it better to do the right thing for the wrong reasons? Or to do something wrong for the right reasons?

Can I ask, what did you like from Naoka? I'm also curious what your point of view is. I love discussing anime plots & characters and get different perspectives from others, this in the end is what helps us expand our point of view.

Hope you are doing well and talk to you soon!

Yeah, about the difference between courtesy and respect I actually think the same thing as you... I know I said respect but what I actually meant was courtesy... Sometimes it's difficult for me to make this subtle distinctions when I'm not speaking my first language xD If I had written in Italian, I probably would have expressed myself much better xD

Thank you very much for your support <3 Your interests are really fascinating, by the way *_* Since you said you are interested in foreign languages, what languages do you know (or are you studying)? :)

About psychology, I think that more than a specific aspect, I'm interested in its complex... I like to understand how the human mind and behavior function and I'm also really intrigued by the numerous psychological conditions that can occur... Also, studying psychology helped me a lot to understand myself better and to start to work on myself more... It helped me to deal with some issues I had for a long time... Not that they completely vanished, but now I can manage them... So, I like the fact that knowing the humam psychology can also give you some more instruments that you can use on yourself first... Since I'm studying to become a clinical psychologist I think that working on myself is a necessary step before starting to work with others if I really want to be able to help them :) What about you? What are the most interesting aspects for you? ^-^