I am a fairly casual anime/manga fan who has been watching anime for over 15 years. My tastes are pretty dated too.

I got started back in the mid 90s with shows like Sailor Moon, Samurai Pizza Cats, Dragonball Z and Monkey Magic. By the time Toonami's Anime block was getting big I was pretty well aware of the wider world of anime and manga and was. Too bad I was kid with little money, so other than Ranma 1/2 I was stuck with whatever came on TV/was at the library. By 2005 I burnt out and didn't return until 2006, with the Funimation block on the channel Colors.

I joined my university anime club and got caught up with everything I missed in my absence. While it was enjoyable at first however, I quickly got a little burnt out again as I realized that anime has changed a lot from when I was a kid. Despite the burn out, I stuck around at anime club to help out eventually rising through the ranks to become president for a brief time.

Since I started grad school I have been cautiously getting back into anime and manga and have resumed my university club membership as webmaster.

My viewing and reading habits are generally very relaxed, I am not a completionist, don't care about spoilers or viewing order and generally go at things at a very erratic pace. I somtimes take very long breaks mid-series.

My current tastes in anime and manga mostly revolve around the stuff that was around when I was a kid, so I have a heavy preference for 80s and 90s anime of various genres. I am also a lot more into manga than some other anime fans are. my tastes are far from Japan exclusive either, I am a pretty big fan of animation and comics in general.

Encourage CatharsisCat to add some by leaving a comment below! 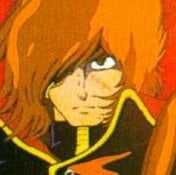 I had to go look up who you were, but now that I know... HEY THERE! And seriously? Gee, thanks! Glad to know my efforts have been paying off somewhere. lol. Hope to speak to you here as well!