This is yours truly, Tare, formally known as Captain Awesome speaking.

You are now passing through my profile, during the flight you will experience some serious turmoil from my obsession with multiple anime- and manga titles.

Sit back and enjoy the ride! :)

My very first anime to watch was My Neighbor Totoro, back when I was about 4-years-old and it aired on television. Through the years I became familiar with series such as Pokémon and Digimon which where some of the first series I started following, as a child.

In relation to that I also became a collector of both cards and figures from both respective series, and like everybody else exchanged cards with my friends.

At the age of 6, I became a fan of the famous Dragon Ball series, so much in fact that I started playing out fight-sequences or other scenarios from the series, or some that I made up myself, back then I had decided that I was married to Vegeta, and in relation to that my cousin claimed Son Goku as her husband. xD

Soon I was made aware of the manga of same title, and by the time I turned.. approximately 7-8 years I had read all 42 volumes of DB. From the library though, and I borrowed several volumes at a time!

I believe the very first manga I purchased for myself was Tokyo Mew Mew, despite my earlier fangasm over Dragon Ball I thought I needed to read something new, something I hadn't already read many times over. I must've been around 9 years back then, when manga was cheap and affordable for a kid with no job or any kind of pocket money, other than the ones I've gotten from my Grandparents for losing my baby teeth.

And where did it go from there? Well, the manga phenomenon exploded in my country and suddenly numerous manga-series were being sold everywhere around me.

I've lost count at how many manga I own, let alone how much anime I've seen in my years, but I can tell you as much that I'll never tire of it which is why you can now find me here.

Heck, I doubt I've half-finished my lists as of yet, I can still think of several titles that I've read/watched.

Naturally this is a work in progress, 'till I come up with more ridiculous stuff to write down. xD 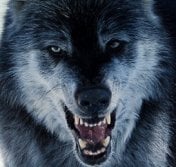 Hey! I've sent a message to you on DA xD was wondering if you could check it out, (I noticed it seems like a long time since you posted something on there, so I would just make sure you saw it xD otherwise it's a waste of message) xD

hehe, yeah, it looks really awesome :) considered making a new one for myself, but then I realised... one does not simply get tired of Alucard xD

Hey, noticed you got a new signature :) nice one!

If you paid attention to the ratings at the bottom, you would understand why the score in Dawn of the Seeker is so low. Also, even the fans of the games find this movie to be shit. It hardly does them a good advertisement.