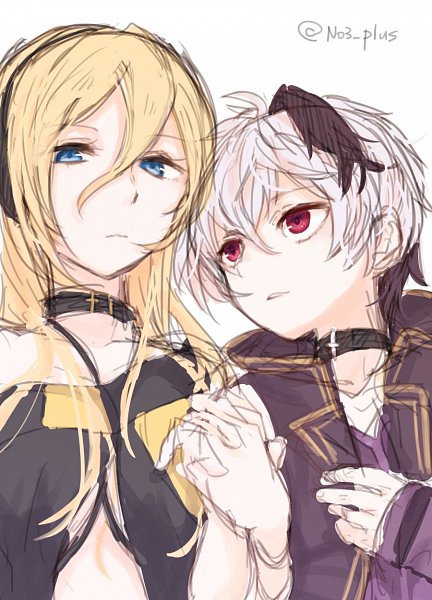 You may call me Bun! ^^
I’m British and study anthrozoology at university
I am asexual and biromantic
I am an INFJ-T, 4w5 and my zodiac is Cancer and the Chinese Horse

I am a shy and independent individual who dresses androgynously
I am an avid fan of almost all music genres, but I mainly love EDM subcategories
I mainly enjoy psychological, adventure, mystery and history anime
I suffer from BPD and CPTSD, etc. and excessively worry about many things

I like a plethora of animals, minimalism, music, JRPGs, humour, and modern architecture
I dislike arguments, being judged, fluctuating weather, and seeing others upset

oh no, you're totally fine! accidents happen. i was just scared i said or did something insensitive. you're especially not the kind of person i want to piss off, since you seem to be one of the more understanding people around here. i found you because of your comments about alois trancy, and i really admired your ability to see things through his eyes, even if what he did throughout the story was horrid. it seems we have some common ground as well since you're familiar with mbti and enneagram, and we both have c-ptsd. it's very nice to meet you :)

hello! i noticed you followed me a while back and then unfollowed me today. i'm not saying you have to follow me again, but i would like to know why. did i do something to offend you?

Ay mate I can dislike a character and still understand where he's coming from: people can dislike a character while still acknowledging that they're a victim. Criticism of a fictional character of their horrid actions doesn't change because of their age since, unlike real people, the characters are there to provide a level of positive egagement from the viewer (meaning the characters are expected to have enough depth to keep viewers interested regardless of said character being a good or bad person) and if audiences feel that the character - especially a victim - was pulled off poorly, that critcism doesn't go away because of said character's age. Remember, people are disliking his character, not actual victims of molestation that his character fails at representing. Don't mistake other people's  dislike for his character as blaming the victim.

Just for clarification if it matters, I was purposefully making offensive humour which you can feel free to dislike, but note that the only real conclusion that was being made is that I dislike him for sexually assaulting someone, which is a viable reason regardless of age. AKA his actions, not actual victims.

I think we all understand. But trauma isn't an excuse for your actions. Imagine a serial killer saying "i had a rough upbringing" okay but that doesn't make killing multiple people okay. His character should definitely be pitied though.