Blue Exorcist! I love that so much. I can't wait for the movie to come out but it is taking so long. I am pretty bebind on Naruto now but I am caught up on the manga. Oh, I should watch Fate/Zero. I wish I could just get paid to watch anime lol

I have a pretty heavy load. I am double majoring in Rhetoric and Writing, and Literature with a marketing minor.And then I need 4 semesters of a foreign language so I will start Japanese in the fall. I am going to be taking summer classes so I don't get much of a break but alls well. I just finished GT and omg that last episode. I am sorry but that episode was just terrible. Shenron just says "You coming?" and Goku is just like "yeah, okay." Then he tells Vegeta to watch the earth and doesn't even say goodbye to anyone. And the future part after that was stupid. Overall though, there were some funny parts. Yep, I heard about the movie too. I didn't really like Goku's Japanese voice though so I'm going to wait a while for it to get dubbed. Hunter x Hunter is on my want to watch list. My immediate list to watch is Blast of Tempest, Steins;Gate, Densetsu no Yuusha no Densetsu, Natsume Yuujinchou, Lunar Legend Tsukihime, and Utawarerumono. As for what I am watching now I am watching K but it was a bit boring and I was not understanding it. I've only watched 3 episodes so far though. I'm still have to finish Panty and Stocking which I have had on hold for a while because the hilarity of the show wore off. I'm watching Sword Art Online which was really good but now the story has shifted a bit and it's not as engrossing. And I am watching To Aru Majutsu no Index II. Oh, and I'm trying to get caught back up on Fairy Tail. What are you watching?

Hey there bro! It has been a long time. I am now a sophisticated college student. I finally got around to watching the Dragon Ball series. I have 3 more episodes of GT, which in my book stands for Got Terrible XD. Its not all bad but lots of parts are just really cheezy and out of character, plus Pan is annoying. Been a bit stressing this last week about homework considering that the semester is almost over and I still have 5 major profjects to do. Then I will have to transfer dorms for the summer but after the summer I will be getting an actual apartment! I am super excited but I am a little worried about getting a job plus I still don't have a drivers licence. I am going to try and get it this sumemr and luckily I am living with my sister so it is all good. 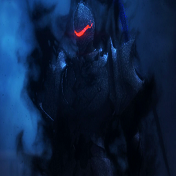 Sweet as broskies =p. Im slowly getting thru Blue Exorcist and i gotta say its also pretty daym awesome. I have too much anime i wanna watch lol gonna take me forever to get thru it which is guess is a good thing =) 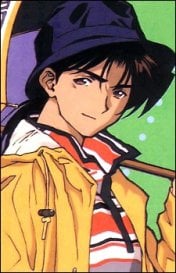 hey man, i just got that 4mth badge thing. would that be counting all the durations of my watched into real time? if so it really puts things into perspective haha :L