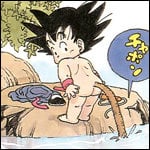 ps wouldnt mind sucking on his popsicle for the rest of my life anyway so HA HA HA ;3 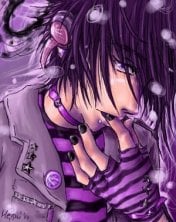 What's wrong with my personality? Excuse me for not agreeing with your opinion, if that's what you mean by my personality. I merely stated what I think, nothing more, nothing less.

I might sometimes sound over protective of certain things. I apoligise if that annoyed you of me, but that's the way I am, I can't help it. (Especially if it's about my favourite Anime, not just One Piece.)

As you wished. I hope for a more intelligent coversation with less curses in it. But so be it. Have a nice day.

In regards of your comment on my page... I disagree. The way the scenes were executed are fine. I don't see the problem. For instance, if one stops talking for a few seconds, you rise attention towards yourself.

Same goes for a few still images, especially if there is silence too for a few seconds and then the scene continues, with more drama in it. It's not about doing filler scenes, it's about increasing the dramatic impact of the scene on the viewer. The One Piece anime was in production since late 90's. I have watched it as a child and I haven't forgotten a single memorable scene ever since thanks to the way they were executed. I still remember Luffy's face in that one scene you described, thank's to the way the director decided to put a puase in there.

Your view seems verry narrow in this matter. You should open up a bit more and be critical about things that need to be criticised. Now don't come at me with the Art and the style One Piece is drawn. Nope, not gonna accept that argument.

One Piece is fine the way it is. The Art is unique and therefore cannot be compared to other Anime, for which I am glad, because that's how the top best selling and most viewed Anime/Manga should be. And I grew to like the art of OP. On second thought, I never even had an issue with the Art style in the first place. It's just a matter of taste and I like it. If you wish to hate on it, go on. I don't mind.

So better you have something up your sleave if you wish to talk and argue with me about the quality of the One Piece anime. I am open for discussion.