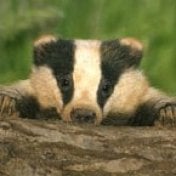 My name's Luke. I love/like:

+ horrors (movies as well as books)

+ playing games (not only computer games but basically them)

+ fantasy (undead, necromancers and everything that's related to these is my favourite)

As for my top5..it's no longer in any order..there are just too many series i loved and i can't really decide on them, so if u just want to see which series were 'the best' for me, just look at my watched 4,5-5 stars ratings :)

I'm not very talkative, but i like to discuss and share thoughts about things that i find interesting (talking about anime and fantasy)

Hmm and since i wrote about what i love/like then maybe i'll say what i hate. And i hate people who hurt animals in any way. I'd do the same to them. I'd set a trap for poachers, and i wonder how would a cook feel when put in boiling water alive..like some sea animals. Maybe it sounds a bit psychotic, but that's what i feel when i think about it. I love animals more than people and animals' enemy is my enemy. If You are interested in my minor dislikes, You can always contact me on msn or just comment me, but i don't think anyone would be.

Oh and if someone has interest in it...through music i mean: classical music, rock, hardcore, metal, gothic metal, games/anime soundtracks and japanese music (mostly anime's opening and ending songs, but not only)

Actually just finished up college and am currently in the process of trying to find a job!  ^_^

Haven't heard from you in a while!!!  How have you been?

Happy New Year to everyone that will look here :D

Woo hoo! I'm glad you found the manga section ^_^ we only have about 200 entries right now and all we need to add new ones is a synopsis (that someone personally writes). If you think you can help fill in the blanks, check out this thread :D