I LOVE this line. I'm a big fan of Strike the Blood. | MAL Blog Index | STB Anime vs. Light Novels 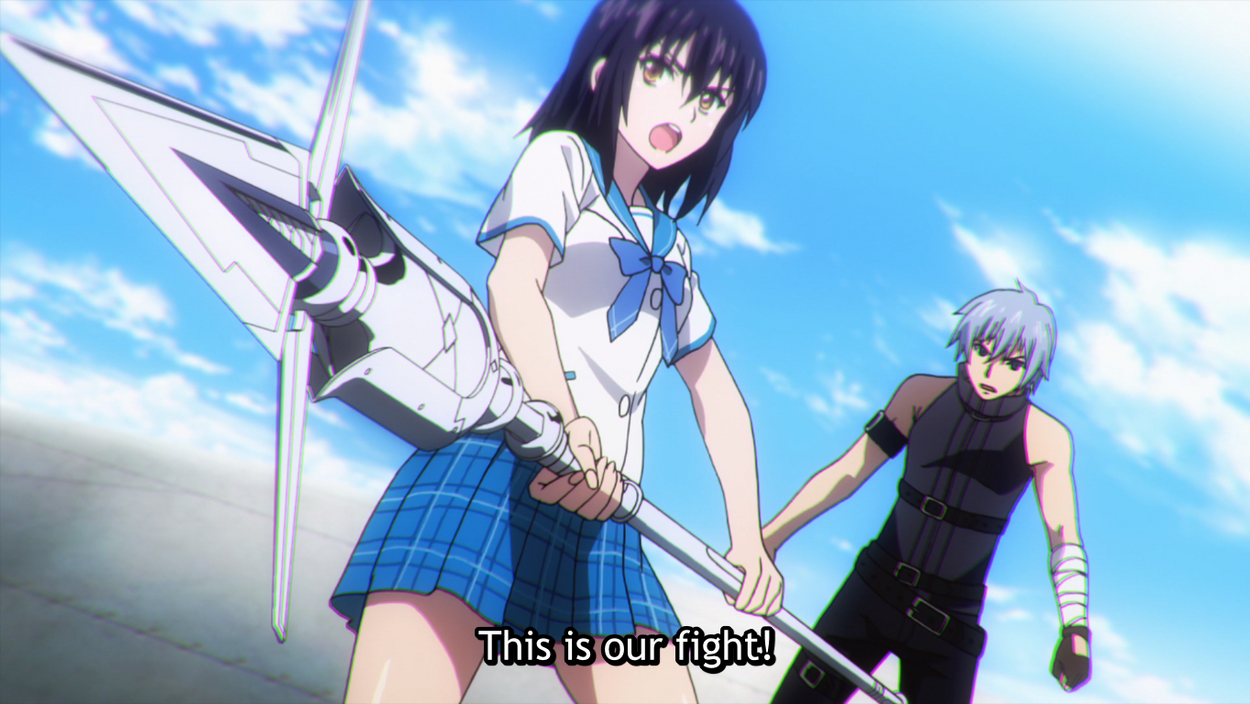 I'm just some guy that loves anime, manga, and video games. I also really got into movies when I got my part-time job at a movie theater in very late August 2012. I really like learning more about how anime works, particularly the production and how well certain stuff does, the Blu-ray/DVD sales, as well as the light novel/manga boosts the source material can get (as the discs aren't the only thing that matter in most instances). I'm also a member of the GLORIOUS PHYSICAL MEDIA MASTER RACE and vastly prefer to own my media physically. Streams are nice for trying out a show, it's how I consume most of my anime these days, but they don't last and are usually not as of high-quality (and with simulcasts they're the TV version). I want something tangible (preferably a nice premium release) and to support the industry more. Anything that I watch through streaming, if I care enough about it, I'll later go out and buy the physical release.

I got into anime in November 2008 when I was 14 and in the 8th grade. I had watched anime very casually when I caught it on TV since I was a kid on places like Kids WB, Cartoon Network and their Toonami programming block. When Toonami got cancelled, I became rather sad and frustrated at the cancellation of the programming block in September 2008. Soon after I kept hearing talk about this anime called Bleach and tried it on [adult swim] starting with Episode 87. I later went back and quickly got through Episodes 1-86.

I quickly fell in love with Bleach which ended up becoming my gateway anime, and I still love it to this day. Though I don't think as well about the overall quality of it back when I was newer to the anime fandom. I started watching more and more anime on [adult swim] such as Code Geass, Death Note, Cowboy Bebop, The Big O II, InuYasha, Fullmetal Alchemist, and later started to get into more shows not on [adult swim] like Suzuka, Shakugan no Shana, Karin, Lucky*Star, School Rumble, and quickly ended up becoming an otaku. Anime is now my biggest passion, surpassing video games which for the longest time was my biggest passion.

How I Rate Anime and Manga:

Note: I don't rate based off of purely enjoyment as I've found that "Enjoyable≠Good" and "Not enjoyable≠Bad". Of course I usually enjoy good shows, and find nothing but pain through the bad. My scores are based off of how I feel the quality of the show is overall. My enjoyment score is fairly close to the overall the majority of the time. Also, I do not take art, animation, or sound into my scoring much as I tend to value characters and story more. You can have fantastic visuals, but if there's nothing helping to support that, the show usually falls apart. I score based off of story + character, then divide that by 2. Ex: Hyouka Story: 6/10 Character: 8/10 Overall: 7/10

Feel free to ask me what I thought about a show if the score isn't enough for you.  You can also look here for shows I feel are bad/mediocre that I at least decently liked.

Hello, again - and thanks for adding custom lists on Anime-Planet!

The site has recently launched some changes and now have a few new privacy levels for lists, including ‘Private’ (the default value for custom lists), and ‘People who visit my profile’ for personal tracking (‘Things I plan to watch in 2016’) that your friends might want to know about, or personal challenge lists, etc. These can be seen in your profile, or everywhere across the site for those who follow you. Here’s a full writeup of the privacy levels.

Many of your lists have been changed to ‘People who visit my profile’ - you’ll see a small eye icon (that only you or your followers will see) next to these lists titles, because they don't list descriptions/reasons for the anime being on the list and/or they are personal-type lists. If you eventually decide to turn these into community lists (lists with descriptive titles and descriptions for each list item) feel free to change the privacy level to “Everyone” to make a list public. (A little note for each item why it made the list would be great to see!)

Community lists should almost always have a reason for each item, because the person reading will want to know why it’s good (or bad).  Listing reasons shows why THESE anime shows are on YOUR list!

Thanks again, and let me know if you have any questions!