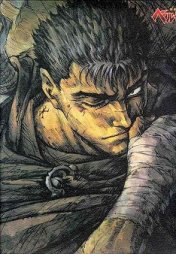 Sugoi *_* I was hoping to find some Arab anime lovers in Anime Planet because we don’t really have a community of our own ! Thank you for complementing my English. It is my third language . My second language is French.

Viva U.A.E ! I have been in Dubai once (back to 2004) . I stayed at Shangri-la hotel. It was exquisite ! We actually have an apartment in Abu Dhabi and we go there every summer. I missed it this year because I had to sit for a concours é_è

To answer your question , I have to say that Tunisians are unsatisfied by nature ! The difference between past and present is conspicuous in the fact that in the past, people were unsatisfied ;but they could not utter a word for fear of being imprisoned. Now, even with a democratically assigned government and Constituent Assembly , they are still unsatisfied. “From the dictatorship of the minority (Ben Ali’s regime) to the dictatorship to the majority” that is what is happening according to a large number of Tunisians. It is a complete nonsense to think as such ! If Tunisians were MEMES, they would be Conspiracy Keanu !

What is beneath  is just sheer egoism. Everyone wants their opinions to be not only taken in consideration ;but also approved and worked with ! By the end, it becomes chaotic when everybody wants to rule the country their own way. As for the new constituent assembly, I believe they are active .Even though I know that the opposition is an important element for a democratic state, I do not approve an opposition like ours. It has done almost nothing but hindering the work of the actual government. It became more like Tom & Jerry.. They are teasing each other all the time. Such a waste of time . For this matter, the actual government is asking for a prolongation in ruling. One year is not enough . Everybody knows that.

The Tunisian revolution is just a bittersweet experience.

Yeah, I couldn't find the book at my library, so I decided to buy it. I've read it two times already; it's that good. About recommending books, I can't really do it unless I know what you like. "Battle Royale" is one of my top two favorite books; the other is "Anne of Green Gables" by L. M. Montgomery, but you have to appreciate classics to enjoy that.

Hmm... I own a copy of the book, so these are links I haven't tested; click at your own risk. (Sorry.)

Gosh, there isn't much. Most of it is either the manga or the live action movie. You can try the above links, or honestly? you might want to just buy the book; it seems to be the easiest option. However, it IS pretty expensive, so if you aren't sure, you can try downloading it.

Sorry I'm not much help.

Yeah, I've noticed that people tend to think that "Mirai Nikki" is the best thing ever, but 1.) I tend to rate low, and 2.) I found it delivered much less than it promised. If you want the same fast-paced, gory survival story, just done better, I'd recommend reading "Battle Royale." I've never read the manga, but the novel is excellent. It's long (600-ish pages), but it's really worth a read.

Your welcome. I will try my best to keep it coming with the reviews.