Hello. I'm Aurora. I've been into anime for about 11 years. My 1st anime was pokemon but my "starter" anime I consider to be Naruto as that has gotten me into Anime overall. I mainly use this site to update my Anime list and keep track of what I'm watching.

Typically I don't have a particular favorite genre. Generally they involve an element of fantasy and psychological part. As long as the anime can hold my interest and allow me to connect with at least 1 of the main characters, I can watch almost any anime.

Here are some of my top favorite animes of all time. This list will continue to change as I watch more anime, or my feelings toward anime I've watched before change as well as gain new perspectives.

1. Higurashi No Naku Koro Ni- I basically watched this anime right after Elfen Lied since I've heard people compare this to Elfen Lied. It starts out innocent and cute and quickly gets creepy and brutal. You wouldn't believe this to be a horror anime from watching the 1st 2 episodes! This show also has a lot of characters I like which is important. Beyond the betrayal and paranoia present in this show, it holds great themes such as friendship and overcoming fate. And presents a mystery. It is mostly a debate between whether Oyashiro-sama's curse is actually a curse or caused by humans who want us to think it's Oyashiro-sama's curse. A similar theme is present in the sister series Umineko which is also just as good as Higurashi. 2. Elfen Lied- I enjoy the themes of Nature vs. Nurture that this Anime presents, and it really does a great job with showing the absolute worst that humans are capable of as well as the absolute best. The abilities of the Diclonius are also interesting.

3. Fate/Stay Night: Heaven's Feel-While this is a movie series rather than a tv series. This anime easly comes onto my top 5. Being able to see the 3rd route of the Fate/Stay Night Visual Novel in movie form is an incredible experience. It has given far more depth to characters such as Shirou, Sakura, and Ilya to add onto what I learned about them from Unlimited Blade Works. It is the best anime I've seen for a long time.

4. Psycho Pass- This anime is true art. It is a sci-fi that takes place in a 1984 similar type of world. A person's potential to commit crime can be quantified and visualized. Even just thinking about a crime is enough to get you branded a latent criminal for the rest of your life. This is Japan ruled by the Sibyl System. The protagonist Akane Tsunemori is a new inspector who's job it is to track down criminals. With her are enforcers, who are latent criminals themselves, and track down other criminals while being watched by the inspectors. Their guns are sentient, they will only work if a target's crime coefficient is high enough. Opposing the Sibyl System is antagonist Shogo Makishima who seeks to bring people's free wills back. This is sort of a law vs chaos type of anime written by Gen Urobuchi (same person who wrote Mahou Shoujo Madoka Magica, another great anime). The next generation Death Note. And has you decide which is the better of the 2 trying to make the world better. It is perfection, or as close to perfection as one can get. 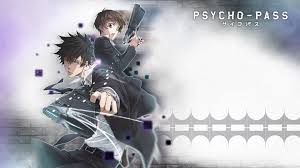 5. Yona of the Dawn- The journey of Yona is one I absolutely adore. All of the characters, even the antagonists have strong depth to them behind what they do. The Dragon allies that Yona gain make the journey unforgettable.

Some others worth mentioning are:

11 Eyes- The aspect of characters being forced into another dark and nightmarish dimension is always something that interests me. The characters of the series facinate me along with the truth behind the Red Night and Black Knights.

Angel Beats- This anime was awesome for being unique and set in a world after death where people can imagine and summon weapons and fight without worrying about death. The character of Tenshi is also facinating, you'll love her if you watch the show.

Inuyasha- A very good anime. It has about something for everyone. 2 Tsunderes who have a relationship that builds throughout the show. And the protagonists and the other groups of anti-heroes are bound by the hatred of a common enemy. Naraku, a hanyo just like Inuyasha. It is the best 100+ ep anime out there with minimal filler.

Death Note- 3rd anime I think. It showed me there was more to anime than just the typical Shounen plot/fights. There's the awesome Mental/psychological battles. A key thing is that I personally agree with Light's ideals he worked hard to make the world a better place. That's not something that can be considered "evil" as some think of him. Clearly because of this I hated the ending and hated the 2nd season as a whole. The show didn't feel the same after the 1st season.

Mirai Nikki A survival game with the main tool being a Diary (cell phone/scroll) that can see into the future. It is similar to Fate/SN and The Hunger Games with the survival game aspect. Thou what really makes it interesting are the characters of Yuno Gasai and Minene Uryu. They bring awesome qualities to the show and are fun characters to watch.

Code Geass- Like Death Note but a little more physical action lol. Can't help but wonder if I got my insane obsession with eyes and psychology from this anime? O_O

3x3 Eyes- Normally this anime would be on my top 5. Even above Elfen Lied if I see the whole series. Thou the manga series I found out is about 40 volumes long and the anime ova only covers an 1/8th of that. While the Elfen Lied Anime at least covered 1/2th of the manga. It is a very interesting series from what I've seen so far and thought I should mention it. I even heard it inspired part of Elfen Lied which would automatically ensure a place on my top 5.

Jigoku Shoujo- Similar to Death Note dealing in a dark atmopshere. Every episode seeing Enma Ai-san take requests to send people to hell is interesting, especially since 90% of the time the recipiants of the curse are total bastards which makes it even more satisfying. It also has a very great Soundtrack.

Some anime characters I really love: 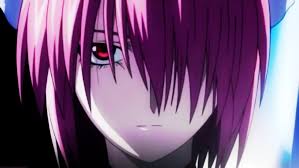 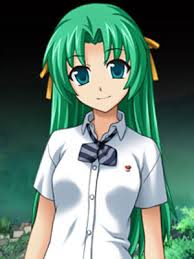 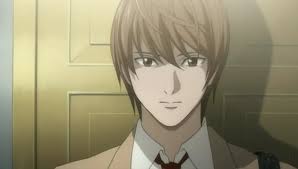 I'm afraid I have to put up a collection of Yuki-Onna pictures They're my favorite type of Youkai so you know. I must! There are manyy other characters I love as well. These are the main ones which have sparked special moments in their animes And hold a special place of respect for Aurora.

I also read visual novels, I don't have a very big collection right now, but I forsee my collection growing in the future. My favorites for now include:

Yumina the Ethereal- This is the main 1st visual novel I've bought. It has a fantastic and unique story with memorable characters, it also has some rpg elements that make it even more interesting. There isn't really a genre you can classify this story in as it seems to be one of those that have a little of everything.

Saya No Uta/Song of Saya- Being a fan of Madoka Magica, Psycho-Pass, and Fate/Zero, it follows that a visual novel I would have to have would come from the writer of the series mentioned above. Gen Urobuchi! It was a great story of course and similar to Umineko, it really messed with my head planting questions such as "what is reality". While it is difficult to make sense of these questions, they are interesting to think about.

Video Games are another hobby of mine. I can't count how many I've played though the series that have stood out most to me throughout my life include:

Metroid Series- Pretty much my 1st official video game series I really started playing it deserves a mention. I've played video games before with my friends but from 1st owning a Gameboy Advance I've been hooked to the Metroid series for forever basically. I love pretty much all the games before Other M. With Metroid Prime 2: Echoes being my favorite. Super Metroid/Metroid Prime also coming close. I would consider Metroid to be the best creation of Nintendo for having incredible gameplay (in both 3rd& 1st person) interesting aliens, along with a great overall story that slowly pans out. 3 great things that make for a great game. 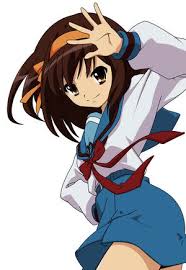 Well then cya for now.

Where's your avatar picture from?

Well your avatar is cool.

Hi, I just saw your avatar picture on a friend's page and was wondering where it was from?

Well i have been fine nothing much is going on just trying to finish my homework!!!!