-
Don’t Worry There Are NO Plot Spoilers In This Review

So recently I decided to start watching Fairy Gone despite what the entire anime community was saying about it and I caught all the way up with the show in a single day, and I honestly don’t understand all the hate for this show. I mean don’t get me wrong, I’m not saying it is amazing but it isn’t the “Worst Anime of the Season” that a lot of people were making it out to be. Also from what I can tell from the posts and comments I have read about this show, a lot of people disdain for the show originated from a few points. 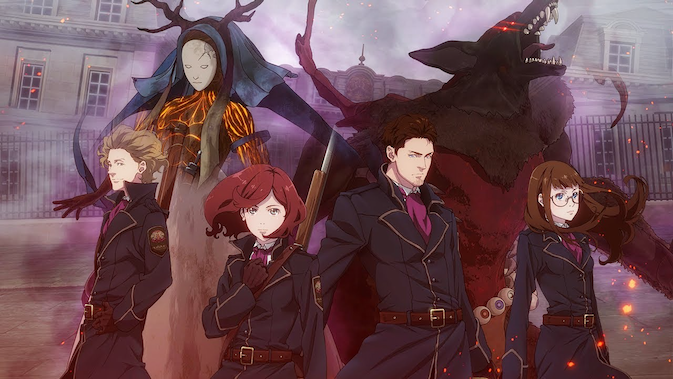 -
1.) The CGI:
Look, I’m not saying the CG is perfect, but it is significantly better than the CG in other shows that are much more favored in the community then this show. Like did people forget the bear in Golden Kamuy, or the horrendous goblin army in Overlord season 3, heck even the Colossal Titan in season 2 of Attack on Titan looks pretty choppy compared to the CG in this show. I mean I get that the community just doesn’t like CG as whole in anime, to the point that it is basically a meme in the anime community at this point to not like CG, but honestly guys this really doesn’t look that bad, like this is no Berserk 2016, so if that is your only gripe calm down.

-
2.) The Story:
Okay so there are two levels of complaints I have seen regarding the story in this show, the first is the information dump that is the first episode. Honestly the fact that the first episode is a giant information dump really didn’t bother me, because there are many other popular shows that do a major information dumped at the beginning of the show, that are still widely seen as good shows. The most infamous of which that come to mind right now is the giant 50-minute first episode prologue for Fate Zero that is literally just 50 minutes of expedition before we even start the show. So I get it, if you do not like expedition as a whole, meaning you didn’t like Fate Zero as well for the same reason, then that is fine. But if you like one and not the other to me that comes off as kind of hypocritical.

The second issue many people have with the story is that it kind of feels mediocre, which to me I don’t actually understand what does that mean. Like this show’s story doesn’t feel any more mediocre than other popular shows from just the past year like Sirius the Jaeger, The Rising of the Shield Hero, Goblin Slayer, The Seven Deadly Sins, etc. And that’s not even taking into account anime that I thought were actual trash, that people still seem to have a better opinion of that this show, like B: The Beginning or Tokyo Ghoul: re season 2. Idk, maybe my taste it’s just different compared to other people, but this show feels just as mediocre as other popular shows, and that’s not really a diss on the popular shows (since I still watch them too) my point is just that this show isn’t that bad by comparison.

-
3.) The Animation:
Okay so this point makes even less sense to me then the story point, but apparently, for a lot of people they feel the animation is lackluster at best, and I personally don’t see what they mean. The fact that the avatars are the only part of the show that are CG (other than background elements that at this point are CG in many anime i.e. the crowds of people) tell me that it was most likely a creative decision to showcase how otherworldly the avatars are compared to the humans. 2nd the animation overall I feel really fits the show and isn’t necessarily bad at all, Maybe I feel that way just because I have actually seen what bad animation looks like in anime COUGH Black Clover COUGH COUGH, or instead of beating a dead horse, If I were to compare this to the animation of One Punch Man season 2, and I honestly would prefer this.

This at least feels fluid and complements the material the show portrays, not to mention they actually show you the fight scenes in this show, instead of just a couple still’s that they zoom in and out of as if to show motion instead of actually animating it, yes I am throwing shade, seriously I don’t like season 2 of One Punch Man. The only other aspect of the animation I could conceivably see people disliking is the lack of colors, which I completely understand. because this show is aiming for that gritty feel, they basically have a single color palette they use for literally everything, which I could conceivably see getting annoying for some people who want more color in their animation. But for me personally, since this is just the show’s aesthetic, meaning it was a creative choice from the beginning, it really doesn’t bother me overall.

-
4.) The Soundtrack:
Okay now this is the only point I have seen that I actually semi-agree with, I mean other than the fact that the OP is pretty good, most of the music in the show feels kind of out of place. It’s not that the individual songs are necessarily bad, they just come either at completely the wrong time, or the song itself does not match the tone of the scene it is in. This happens enough in the show that it is definitely noticeable (which is why I understand if it bothers some people, it bothers me as well) but it is not bad enough to tank an entire show for me.

5.) The World:
This is the main redeeming factor for this show for me, the world this show set’s up is so fundamentally interesting to me that I can overlook certain story problems when they happen in the moment. The setting for this show feels to me like a cross between Princess Principal and Serpents of the End and I am 100% down for that. Not to mention (and I mean this in the best way possible) the weird creative decisions within the entire world are teetering on Ghibli level weird creative decisions. Like on episode 2 you see a truck that has four arms in the front compartment that comes out from the sides to pull the car, even though it could just have an engine to move. Shit like this is the weird shit that is in this word and it does not matter if I like it or not, I just appreciate that this kind of weird shit is in this world.

-
In Conclusion:
So overall my point here is that if you originally wrote off this show because of the immense amount of negative criticism surrounding it when it first started. I highly recommend you actually give the show a shot, because you never know, this might just be the kind of weird dumb shit you need in your life. Granted this is only the first half of the show, so who knows, down the line, this show may completely tank. But as of right now, I like what I am seeing enough to continue the show. 70/100, I am looking forward to season 2😉