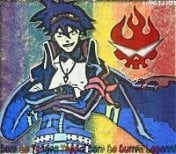 Honestly, the second and third seasons of the anime were just disappointing. The whole "massively overpowered MC" thing has been done a lot, and there are a number of ways to deal with it. You could choose to focus on the characters and their stories, but the other Nazarick guardians are all too busy worshipping Ainz to actually have their own stories. Ainz himself could be a focus, but honestly he's an incredibly passive character who just goes along with whatever plan his guardians think he's made, without actually trying to plan anything himself. The most interesting characters are the humans of the various native nations, but with the massive power gap between them and Nazarick's forces, there's little they can do to actually affect the plot. Honestly, the main character is the least interesting part of the story, and that's really not good.

If the characters are out, then maybe a political drama could work, but Ainz is just so blatantly, massively overpowered, both personally and in terms of resources, that there's really nothing anyone else can do about him. Once again, we find the internal conflicts of the human nations are vastly more intriguing than the schemes of Demiurge, but in the face of Nazaricks power, their power struggles are ultimately meaningless.

So if characters and plot are out, the only draw left would be sheer spectacle and flashy action, and with the fast consecutive releases of these seasons, they took so many shortcuts with crappy CG and poor animation that it's just not fun to watch anymore. This culminates in the ridiculously bad copy-paste CG and wooden animation of the Goblins and Eldritch monsters in the last episodes, where things that were supposed to be awe-inspiring and epic instead became laughably amateur, like a preschool performance of a Shakespearean play.

On top of all that, Ainz just keeps going further and further down this path of a heartless evil overlord, and we're shown that he doesn't even care. If there were some emotional conflict between loyalty to his companions and what he knows to be morally right, that might be an interesting story, but if he doesn't even care that he's evil, either to balk from his evil actions or to revel in them, then why should the viewer care?

TL;DR: Poor handling of the premise, one-dimensional characters, and cheap shortcuts in VFX make this take on the 'Overpowered MC' genre fail to shine. Maybe it's handled better in the novels, but as for the anime, it's just a let-down after the potential shown in the first season.

This anime is interesting for the fact that, other than the residents of Nazarak no one is safe. An anime that revolves more around a entity that is just serving his own purpose. The "Hero" isnt always required to win for it to be interesting.