In July of 2001, just before starting my Senior Year in Highschool, I founded a vast online community called "The Anime Planet Network", also known as "[APN]". Sothis joined the gang in October of 2001. In August of 2002, Sothis and I came up with the URL this website currently uses: www.anime-planet.com. Originally, she used this URL to run a little webpage called "the picture site", where members of the community could post pictures of themselves. Throughout 2003 and 2004, Sothis worked tirelessly on developing her own Anime Recommendations Database and Forum.

In 2004, Sothis decided it was best that her website be completely independent of the old community, so that she could run her database as a legitimate business. As the old community eventually faded and disappeared, Sothis' new community based around her wonderful website has endured the test of time. Today, Sothis' "Anime Planet" is a thriving community, filled with a healthy mix of newcomers and old familiar faces, a few of whom have been around since the very beginning.

I have managed a contractor delivery service for the past several years, and spend most of my free time studying Medieval Languages, doing Historical and Bibliographical Research, and collecting antique books, art, and of course, movies & anime! My long term goal is to create and catalog a world-famous private library. I also like to play chess, and speedrun old video games. I currently have the World Record for fastest speedrun in Prince of Persia for the SNES, at 8 minutes, 26.2163 seconds. Although, you should keep an eye on the speedrun.com website, as I will soon be knocking that record down below 7 minutes with a new strategy! 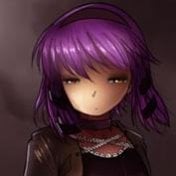 I noticed you haven't been around in a while, so you should come back and check out all the new stuff that was recently added to the site. 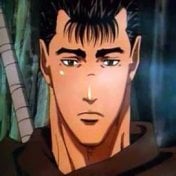 Love your toop 5 list! Havent seen your top 5 do. I also watch one piece. Just dropped to say hello.