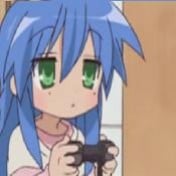 Mar 4, 2019
Read other reviews of Mary and the Witch's Flower

I don't normally write reviews, but seeing as this was so very, very bad, I felt compelled, if only for my own peace of mind. Just FYI, I tried to give each of the Story and Character ratings a "0," but Anime Planet will not allow me to do so.

Literally the only redeeming factor about this movie is its visuals. The story, first off, makes no sense. Nothing happens for any particular reason - in fact, the very thing that kicks off the entire story happens for zero reason. Two cats direct the main character toward something that they hate. They don't know the main character. They don't like the thing they direct her toward. There is absolutely zero reason for any of it. And the rest of the story goes on from there, with basically everything in the movie happening for literally no reason. Very little, if anything, gets explained. It is some of the worst writing I have ever seen. It is infuriatingly bad. There is no excuse for this kind of failure. Things happen because plot requires them to happen. It's as if the writer just decided, "You know what, I want this to happen, but there's no reason for it to happen, or any way it could happen... Eh, I'll just write that it happens anyway."

Second, the main character has three personality traits: clumsiness, idiocy, and the ability to exist and experience things. Literally. That's it. She does not seem capable of any kind of thought, rational or otherwise, and ignores very obvious things around her. It's impossible to relate to her because the entire time she is on the screen (the entire movie) you're screaming at her to actually think for once in her life. But, she's not the only one. All of the other characters in the movie have no ability to think or grow. There are no dynamics in these characters.

It seems like the only reason this failure of a movie has any good reviews is because of A) visuals (the animation is very good) and B) fanboys/fangirls who saw that this was animated by people who used to work for Studio Ghibli. After seeing this film, I know exactly why they used to work at Studio Ghibli. Studio Ghibli would never allow for this kind of half-assed story to come from them, nor would they allow half-assed writing. I realize that this is based on a book, but I also realize that they coud have chosen a better book, or made the story different so that it actually makes sense. I also realize that maybe the book does make sense and is actually good and that they just utterly ruined it. Either way, this is one of the worst things I have ever seen. I would rather watch a post-"Sixth Sense" M. Night Shyamalan movie than this ever again.

Completely agree with you! Couldn't have said it better. I couldn't connect with this movie AT ALL. Beautiful animation, terrible story.

In the first 30 minutes of the movie the main character is asking so many questions! What's this? What's that? Where you going? What  could this be? ... There were more questions rather than character development, my main question was "where is this story going?" "What purpose or lesson is it supposed to intrigue me?"

As a viewer one can tell when the climax is rising ... couldn't feel it with this one, like you said everything seemed like it nonsense.