Adolf is one of Osamu Tezuka (one of, if not the, most prolific mangaka)'s last manga.

Summary: Sohei Toge is a Japanese reporter observing the Berlin Olympic games in 1936, when his younger brother is murdered. However, his neighbors claim he had never existed! It's as if the Nazi party had wiped him off the face of the planet. Upon investigating his death, Sohei unearths some mysterious clues, and priceless information about the Nazi party which he must protect at all costs. At the same time, in Kobe, two young German boys, Adolf Kaufman the son of Nazis, and Adolf Kamil the son of Jews strike up an unlikely yet steadfast friendship, oblivious to how radically their paths will eventually diverge.

Tezuka obviously did his research for this manga, as historical figures like Erwin Rommel and Richard Sorge are seamlessly integrated into the story, and most chapters begin with a mini history lesson to provide context for the events. Some breaks were taken from complete historical correctness for the sake of the narrative, but that can hardly be faulted.

The story moved along pretty quick (but not too quickly), and was pretty entertaining, what with all the double-crossing, and people's paths entertwining in unexpected ways.

The last two chapters took place quite a bit after the end of World War II, and focused mainly on the Israeli-Palistinian conflict that was a direct result of the war. It raised a few interesting points, and fleshed out one of the main characters, but ultimately, I thought it clouded and detracted from the main story, and wasn't terribly neccesary.

Adolf's art looks rather aged. But hey, it's from the 80s, so I suppose that's excusable. It's done almost entirely in black and white (I know, I know, all manga is like that. But I mean actual black and white, instead of grayscale like most modern manga. All gray in Adolf is acheived via crosshatching or similar methods).

Character designs were a little simplistic (I had some trouble telling a few of the females apart), but were acceptable.

My main issue was with the paneling. They tending to be a bit small, and squished together (in direct contrast with the CLAMP manga I was reading at the same time), which caused too much story to be on each page, which messed with the flow of the narrative.

For the most part, characters had pretty one-track minds. Most main characters got a passable amount of character depth, but were primarily subject to the whims of the plot. Adolf is a thriller, not a character-study.

Adolf doesn't shy away from depicting the horrors of war. Torture, rape, and all manners of violence and death are depicted, in an attempt to accurately capture the era. Those not comfortable with such things should not read this manga.

Also, the translaton I read was full of spelling errors and other little things like that. Nothing that interfered with my understanding of the story, but it is unfortunate that this didn't receive a more attentive translator.

I enjoyed Adolf, but it did take me a while to read for various reasons (each chapter is pretty long, and the paneling didn't help this). 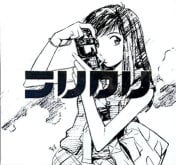 The art is llike that because Adolf is one of those works called "gekiga". It's not a manga, because it's aimed at older audience. Actually the difference between gekiga and manga is the same with graphic novel and comic book.