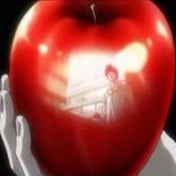 Higurashi No Naku Koro Ni Kai is really just another entry into the long line of disappointing sequels. It doesn't hold up to the original series in any meaningful way, and decides to go for a change in pace and tone that is so different from the first that I can't believe it was produced by the same group of people.

There isn't anything particularly awful about this show, but when you're creating a sequel for a series that was really special, "average" is a pretty hefty criticism. And that's what this show was: average. Let's look at the story first. I mean, this should have been a strong spot for the show since it was supposed to answer the questions brought up by the previous season. It does this, but they are so long and so thorough in explaining that you realize the main reason why Higurashi was so great is that you had no idea what was going on at times. You had to fill the holes yourself and wrap your mind around the insanity of it all. Also, the pace of the first season was great. It managed to introduce every scenario by displaying the key differences, and then jumping right into the heart of the story. With Kai it almost seems like they had a lot less source material and tried to spread it as thin as possible. I guess the story was good in that it did it's jump in telling you what happened, but it's never a good sign for a show when you aren't raising any new interesting questions but rather answering old ones.

The animation is slightly improved upon from the first season, which isn't that hard since that had pretty terrible animation. But it's passable and sub-par animation doesn't distract from a compelling story. (This statement is not referring to Higurashi Kai.) The sound is also about as good as it was in the first season, but the opening isn't creepy like the first one. I guess that's appropriate since Kai isn't creepy at all.

The biggest failure of this show was its watering down of the creepy factor from the first season down to a weak story of friendship for the second. It's as if the writers felt they should change their target demographic to 10 year-olds. I'm serious, the last episodes rely solely upon friends working together to overcome near-impossible odds. Great, it's not like we've seen the power of friendship in every shounen ever created.

This brings me to my second biggest beef with Kia: the characters. Who are these people? What have they done with the original cast of Higurashi? I mean, they can't be the same characters, right? None of them are particularly homicidal or paranoid, and wasn't that a staple of the first  season? Having otherwise cheerful characters snap and murder all of their friends? What happened is that these characters lost all form of characterization and at one point it felt like every single character had the same traits, goals, and ideals. That's not a good thing. The only person who felt different was the small girl who said NIPPA, and that's only because she had the whole split personality thing going on.

I hated Kai. Not because it was terrible, but because of what it did to Higurashi by changing the characters and removing all of the intrigue and mystery from the first season by replacing it with big bold words telling you what was going on. Familiarity breeds contempt.

I completely understand you Adam, I felt pretty much the same way about Higu-Kai. It was like they removed all the things that made Higu-Ni interesting to watch and spread the rest out over 24 episodes to get another full season out of it.

auriscope, Higu-Kai doesn't just abandon violence as a way of scaring the viewer, it abandons every way of scaring the viewer. I don't recall any point which would have elicited even a moderate emotional response of pity, fear, relief, joy or any feeling really. To make matters worse the way in which the answers to the questions raised in Higu-Ni are presented is like being hit in the face with a sledgehammer upon which the information is engraved, finally a big glob of NAKAMAAAAA!!!! is rammed down the viewer's throat. It's exactly like any other uninspired series thought up by a department of people who have studied economics and base all decisions on finding whatever common denominator should statistically net them the biggest audience, but who have absolutely no interest in watching anime or movies. Compared to Higu-Ni it sucks, on its own it's only average.

Rika's struggle is pretty much the only thing keeping it afloat at all, and even there Higu-Kai only elicited an academic interest in me. An "Oh, I guess that's kind of interesting" but I honestly didn't care whether she managed to break the cycle or not, against better judgement I kept hoping for her to fail in the end, simply because that would have been against everything that had been established up to then.

Fair enough, I apologize for my initial comment, I came off a little nastier than intended.

Sorry for not remembering her name. She was largely insignificant in season one and I just didn't like season two. I tend to forget things that aren't good.

I felt the violence helped the creepiness in season one, but also the mystery of everything that was going on. My main problem with Kai is not no questions are left unanswered; it just wasn't something that had to be made.

You bring up some valid points, but towards the end I started to doubt whether you actually watched the show. You say the show lost its creepy factor, which is entirely untrue. The show abandons violence as the main way to scare us, but there are plenty of unsettling moments throughout Kai. Season 2 is moreso about Rika's struggle (that's her name by the way, you couldn't seem to remember it) and explaining what we never understood in season 1. Every 'question' is investigated, but the type of violence you seem to want (mass-murder) is not conducive to furthering the story at this point.

The entire point of Kai is that success is impossible if the characters do not cooperate.